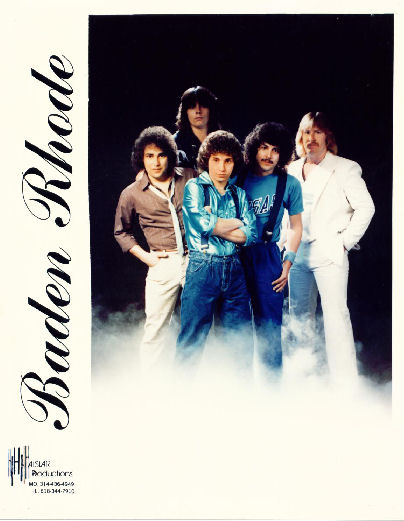 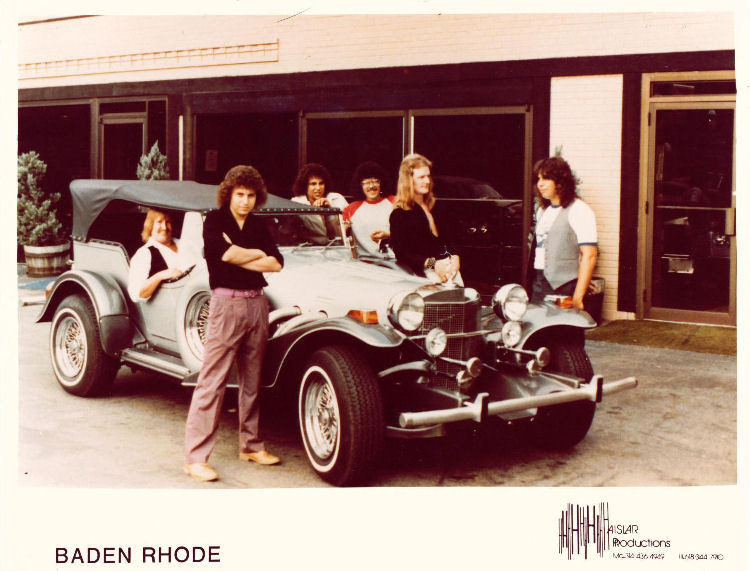 I joined the band in 1980 along with the keyboard player, lead singer, bass player and drummer. Baden Rhode had been playing around the Illinois area for several years at that time, with various lineups. They had a small following and so the original member Rip Billhartz thought we should keep the name. The band was named after a little German town in Illinois, called New Baden. Hence the name Baden Rhode. During the next two years we tried several times to change the name, but could never agree on one. This new lineup had a real magic. It all came together with amazing speed and the band was well received by club owners and the public. Baden Rhode played all over Illinois, Iowa and Missouri and because we had a good agent (Haisler Productions), we had jobs seven days a week, if we wanted them. Being young and energetic we took most of those jobs. Our amazing road crew consisted of Bob Flowers (Sound Board) (RIP Bobby), Chris Kirklink(Lights) and several others who came and went, to help load and setup equipment. I believe that Chris went on to manage the lighting for George Thorogood and Destroyers. Baden Rhode underwent some personal changes soon after it formed and we decided to go to the single guitar, 5 piece format, I think largely so we could make more money.

John Suarez our talented and creative front man had an amazing voice that endured night after night of four sets of music. He had an amazing ability to entertain the audience as well as sing material that would challenge the best singers in our business. I fondly remember John entering the dressing room many nights with his hot tea and honey mixture. The guy was truly superhuman.

Bob Suarez was an unbelievable percussive genius. He could play anything from Rush to Billy Joel to Molly Hatchet (My left ear will never be the same). Bob had some sweet original chops too. He was also the voice of reason and would often calm us all down in the heated moments that so often happen in a band that plays a challenging schedule.

Brian (Rip) Billhartz was one of those selfless individuals that loved our band and the business so much that he did whatever it took to make things work. Originally a guitarist and vocalist, he switched to bass in order to satisfy the other members of the band. Rip handled all of the business side of Baden Rhode and for those who know about that side of professional rock and roll, it is a huge task. Working with the agent, keeping all of the equipment in working order, paying everyone and handling the money, keeping the truck on the road, making arrangements for accommodations, etc. Thank you Rip for your mammoth contribution to all of us.

Gary Grahla played keyboard and shared some lead vocals with John. In my mind he is still the most talented keyboard player I have ever seen at the club level.

Rich Slate was our original bass player and had been in bands with John, Bob and Gary. He was a solid bass player and an excellent backup vocalist. Rich left the band soon after joining due to professional differences.

Danny V. (Guido) was one of our bass players and the lady's man of the band. Great guy and always fun to have around. Danny went on to play for a successful and very talented St. Louis band called Candy.

Marc Waryan (That's me) had the honor of playing with all of these individuals. This was my last band. 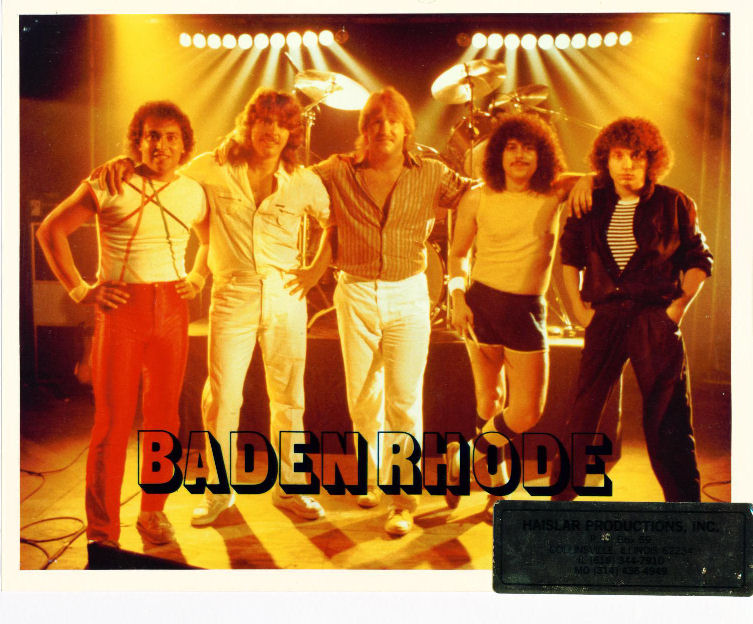 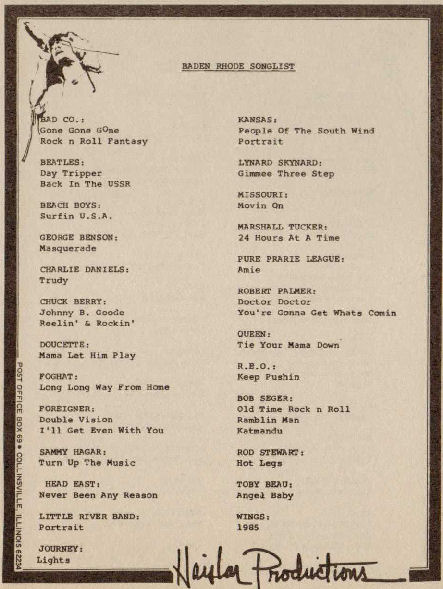