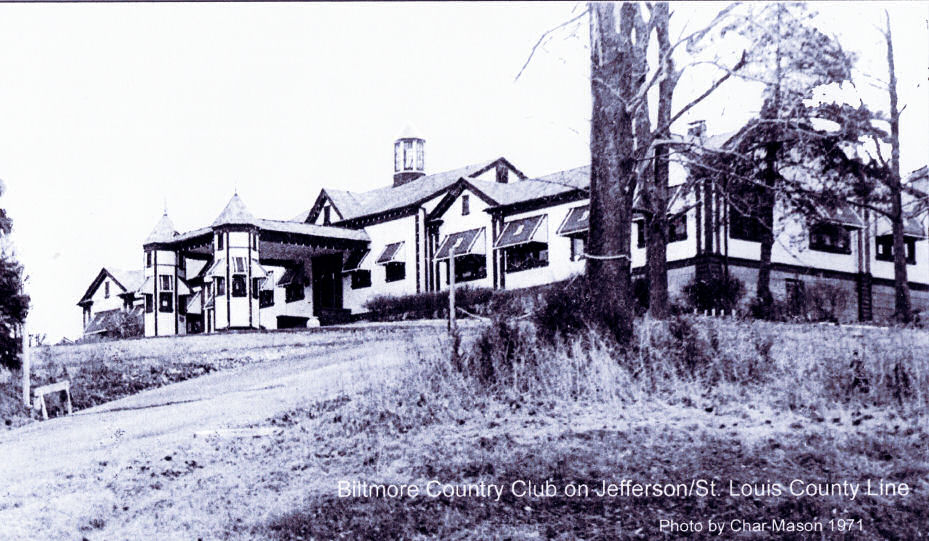 In the late 20's and early 30's The Biltmore was a Speakeasy. When I played there in the 70's the owner (Don Winter) showed me

the big steel door that led to the illegal gaming and booze area. 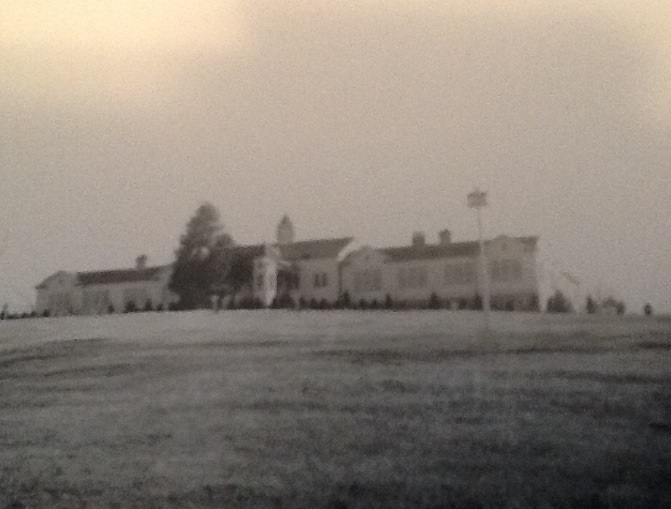 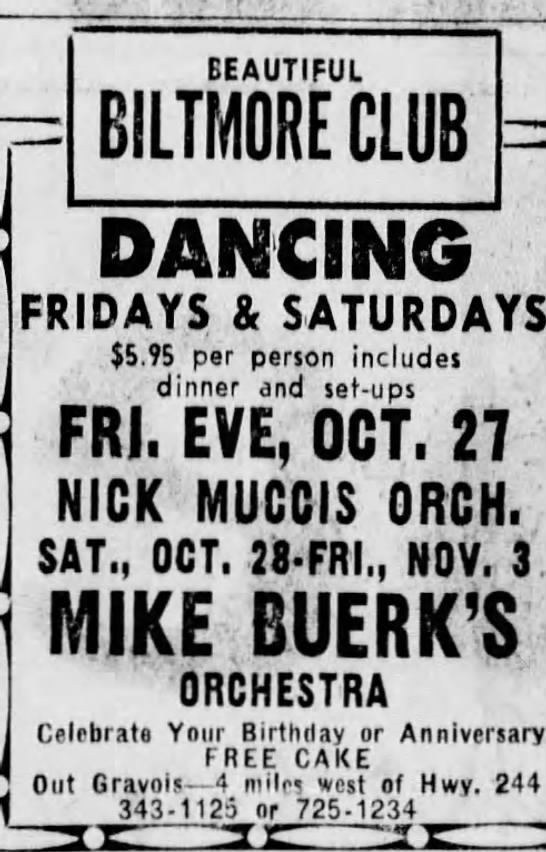 Kevin Monzyk found this on the internet:

The Biltmore in Fenton, MO opened its doors in 1929 as a casino for the elite but carried a notorious reputation of being a “speak easy” operated by friends of well-known gangsters. It was raided often and is rumored to have been frequented by famous gangster, Al Capone. At one time, the Biltmore was owned by Capone’s friend Harry E. Belford (a.k.a. Hickory Slim). Belford testified in Al Capone’s defense during the famous tax fraud trial that sent Capone to prison. The Biltmore conducted shady operations until 1939 when its doors were closed. In 1951, it reopened as a supper club and later, a nightclub catering to a younger crowd in the late 1970’s. In 1979, the Biltmore was destroyed by fire. 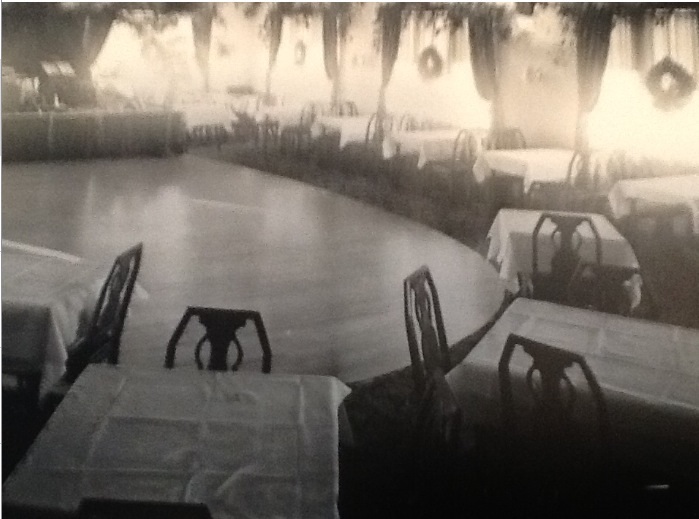 Here's some back-story on Don Winters:

I don't have any vivid memories of being at the Biltmore HOWEVER:

The owner Don Winters was a life long family friend who story is filled with odd tragedy. When the Biltmore burned the insurance policy had lapsed. Of course with no coverage, there was no compensation.

Later on in his tale;

Don was an educated man that was involved in a long term project that unexpectedly canceled and he ended up streeted and never managed to find his way back into his field. Don went on to sell time share. You would have been hard pressed to find gentler person than Don. When what ever time share Don was working on dissolved he would freelance as a health and diet consultant which was a long time pursuit of his. Occasionally when that wasn't panning out he would return to a rural cabin that he had inherited, as he had the Biltmore, and ride out the dry time. Don was an outdoorsman as well.

So that strange cycle continued over and over; Then Don had some kind of a break down and ended up in jail in Arkansas. Arkansas has no state metal health system to speak of. So Don was just left in jail. He suffered some kind of injury there, and when he complained of pain the staff mistook it as bad behavior related to the mental illness. Don died in jail in Arkansas.

In retrospect maybe the illness had effected him to a lesser degree his whole life. I'm not sure you could conclude that with any certainty however. I never herd my dad, or his adopted son or his ex-wife say they saw any symptoms of it until the last 10 years of his life. He truly was a very nice mild mannered man. I'll alway be sorry his time was cut short. 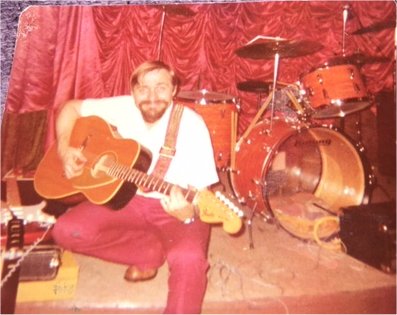 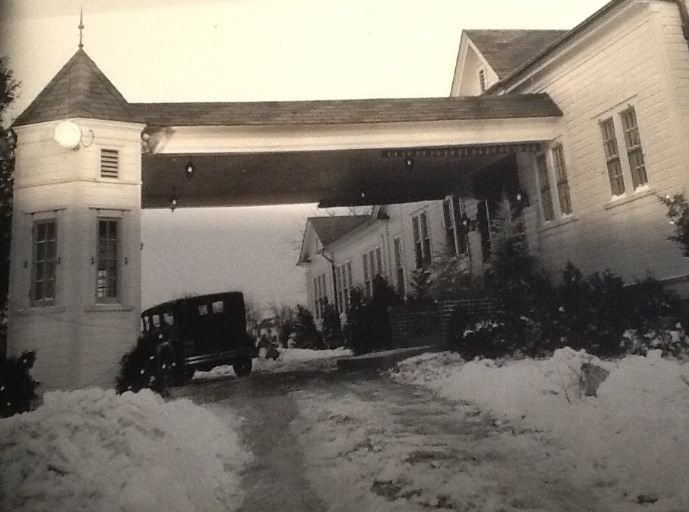 Just saw the pictures and article on Biltmore. In the late 70's I spent a few NYE's there.  It was an awesome place. I don't have any pictures of the building outside, just pictures of people partying inside.  One year there was an ice  storm and everyone was falling and the cars were sliding down the hill.  The pictures are awesome.  Thank you for sharing. 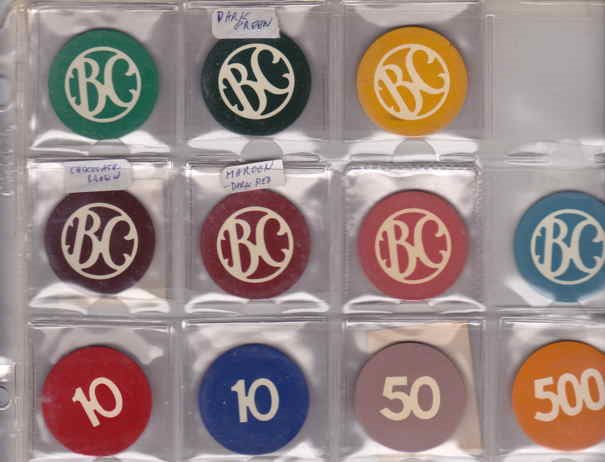 Robert Eisenstadt sent me this photo of Biltmore gaming chips from his own collection! 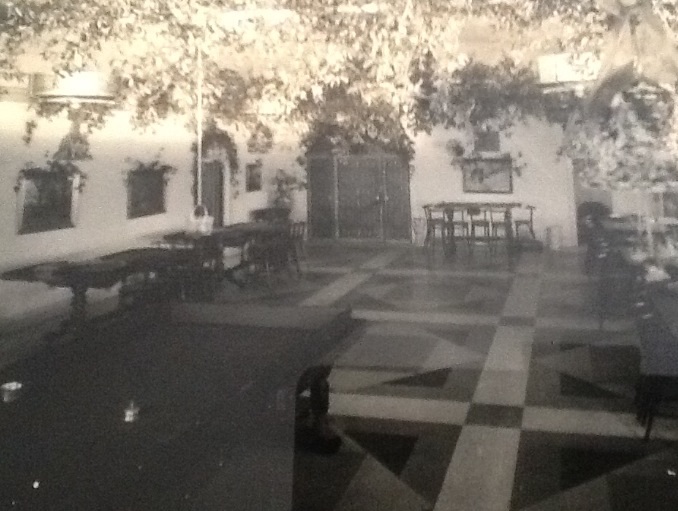 Thanks to Mary Ryan