The house band were Leo's Five: 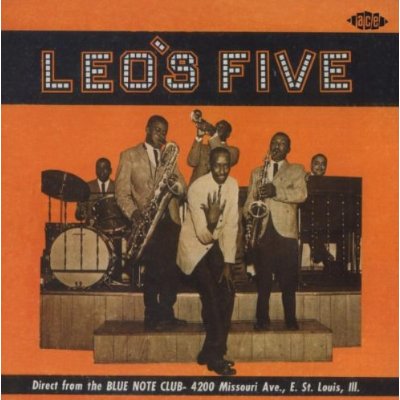 The Blue Note was THE after hours club for years! When stars came to town they went to Leo's. On one particular night, the club hosted Redd Foxx, Bill Cosby, Miles Davis and more! In it's last years it was frequented by the up and coming likes of Michael McDonald and David Sanborn! It closed around 1964.

I got a cool note from Dennis Bresnahan:

Harold Ramis, the actor and director, was on a television special about the movie "Animal House", which he wrote, and he commented that when he was a student a Washington University in St. Louis, he used to go to the Blue Note Club in East St. Louis and that he used that experience as the basis for the scene in "Animal House" where the white college students go to the all black night club.

...and here's a great memory from Mia Courson:

It was a hot summer night, even though I was only 16, I had no curfew. I was hangin with a rather older dicey crowd up a the Gravois Steak and Shake...since it was getting late...someone hollered "Let go to the East Side". My mother had just bought me a brand new custom Chevy Malibu Super Sport in Willow Green...Black leather and convertible. Everybody jumped in my car and several cars cavalcaded over to a place I had never seen he likes of.

Being the curious, adventurous type...I was pretty enthused about going to this place, but also kind of scared. After all, the others were quite a bit older and some were rather unsavory types...that is they were different from any people I had ever associated with and therefore they were exciting and new to me.

Well it seemed like we drove into the night for quite a bit. Then in the distance, I saw this building that appeared like a large white broken down double wide. Upon walking to the entrance from an unbelievably packed parking lot. I was worried we would never be able to get out as people were parking helter skelter with no care if anybody was blocked. As I stepped in the small vestibule before the main entrance....I could not believe me eyes....people lying on the ground everywhere....drunk passed out and disheveled. This was pretty off putting ....I tried to pretend I wasn't shocked....upon entering he music was deafening and it was so crowded. Being on 5 feet tall I could not see....so someone grabbed my arm and took me up front to see the band....after listening...I was hooked...loved that music! The whole place was jumpin...everybody was having so much fun. After a couple of drinks I was rockin and rollin all night. Dancing having a blast and everybody treated me like royalty....I don't know why. But all the black people were so much fun and they really like me and took care of me....it was like they knew I was way out of my element. I guess it was daylight when we left...somebody else drove home....I don't remember who or how. I just know it was one of the most memorable experiences of my life. Later on I went to the Apollo Club several months later and I loved it there too. It was as crowded and much more organized.....music was astonishing.

When my mother and Grandmother quizzed me thee next day.....where had I been....I tried to describe it but it was impossible.

Here's one more from Ron Garofalo:

Lived in Florissant, Mo. as a young white guy I would sneak over to East St. Louis and would head to the Blue Note Club loved the music and dancing no one cared about color. Spider Burke - all you foxy mamma's) he was the best. Also would hang out at the Imperial Club, Ike and Tina and many other greats would perform there in the day. It was all about the music and dancing. 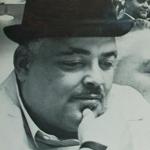