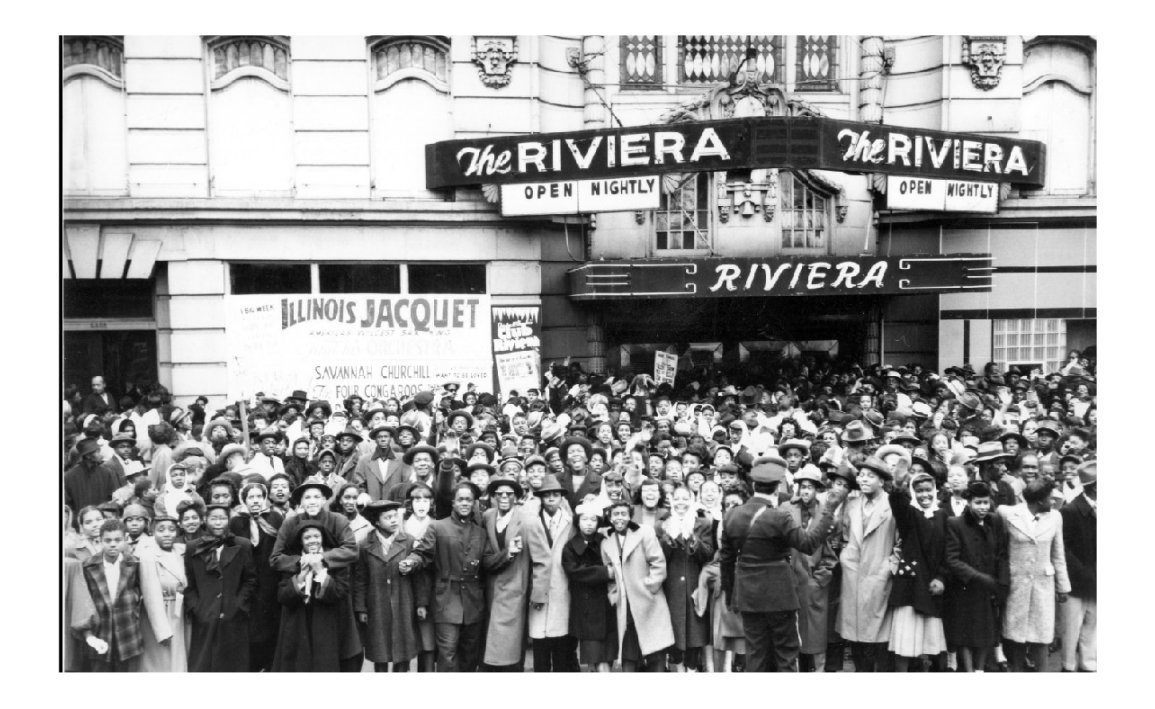 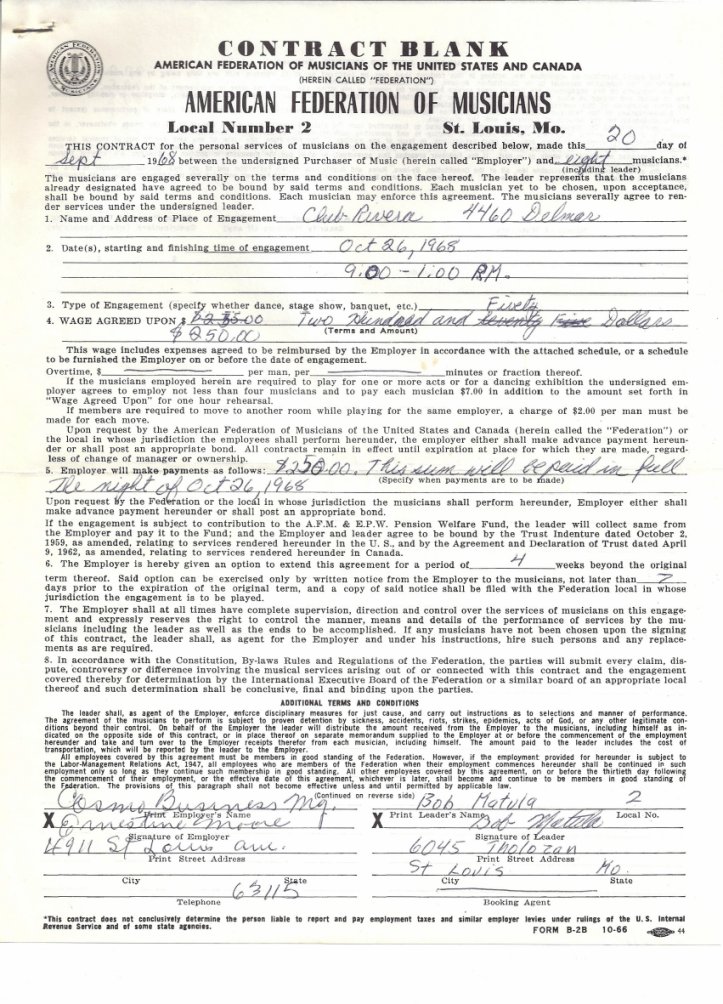 As a kid I lived almost directly behind the club and would often raise my bedroom window to hear the bands play.

I recall a number of blues and r&b greats who played there like BB King, Temptations, Ike and Tina turner, 4 Tops and quite a few others. 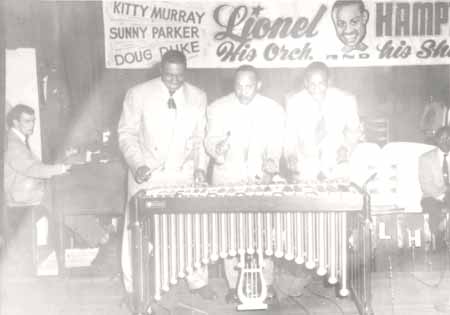 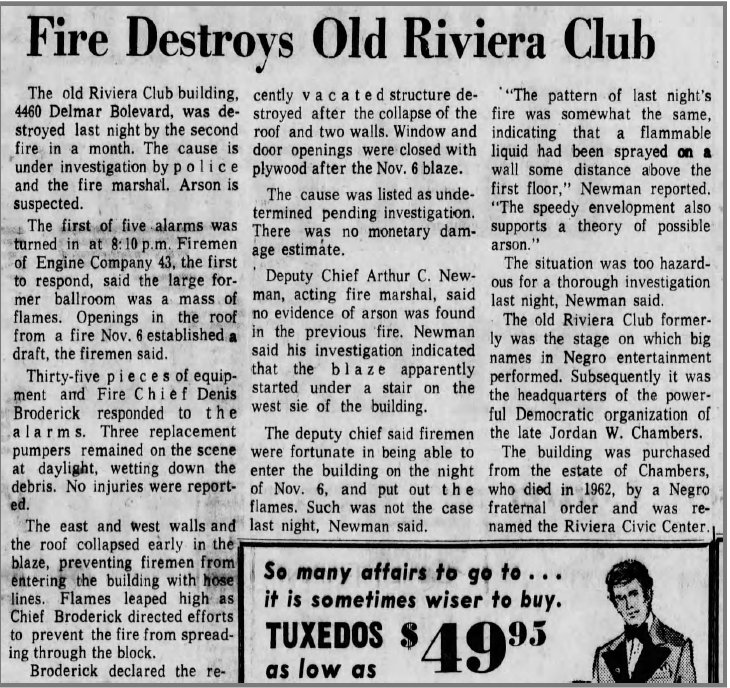 Here's a list, compiled by Demetri, of Jazz greats that played Club Riviera: 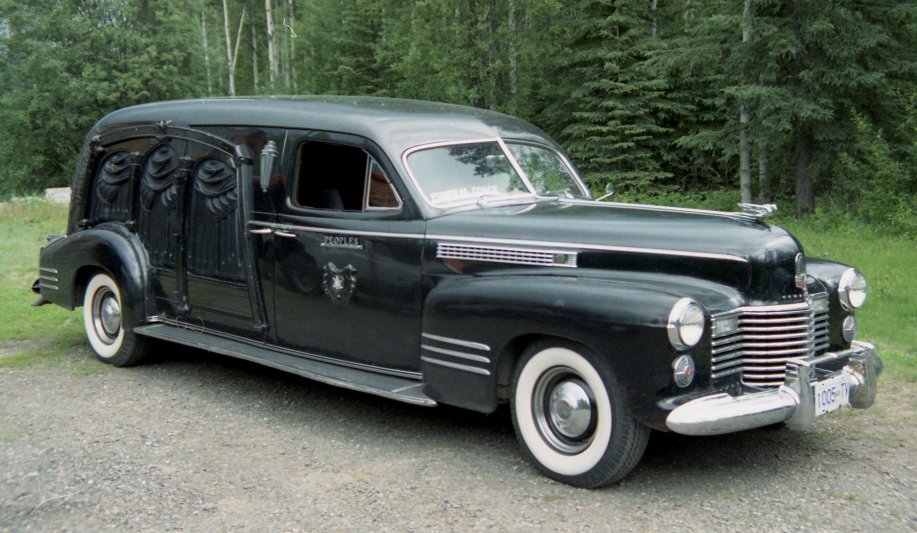 Here's a photo of The People's Mortuary hearse, owned by Jordan Chambers