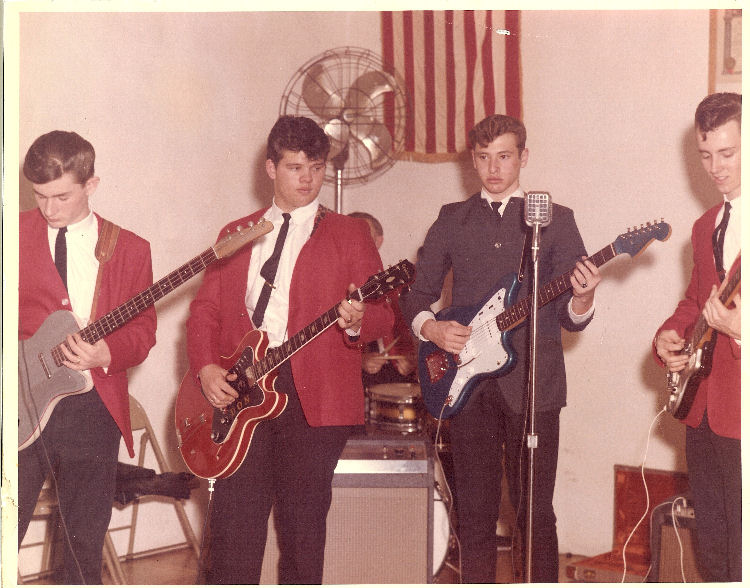 Let me know that you got this.  This photo was taken at a policeman's ball in 1962.  It's the only photo I have left.  The others were destroyed in a flood several years ago.

In photo left to right:  Harry Seper on bass.  Don Druess on lead guitar.  Tom Wiggington on vocals.  George Bruner on lead/rhythm guitar.  Gene Rehg was the drummer, but we can't see him here.

Played at the Aloha Club with Jules Blattner, the Pacemakers, and the Playboys. We played every Thanksgiving day for the Turkey Day event at East St. Louis High School when they played Belleville West.  (EASTSIDE USUALLY WON!)  We played numerous nightclubs in the Metro East in the '60's, and many parties as well.  I believe all members are still living.  I would love other photos if anyone has any. 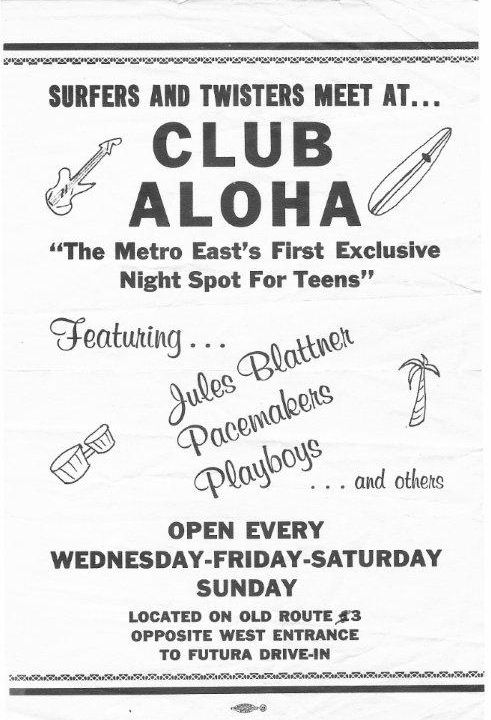