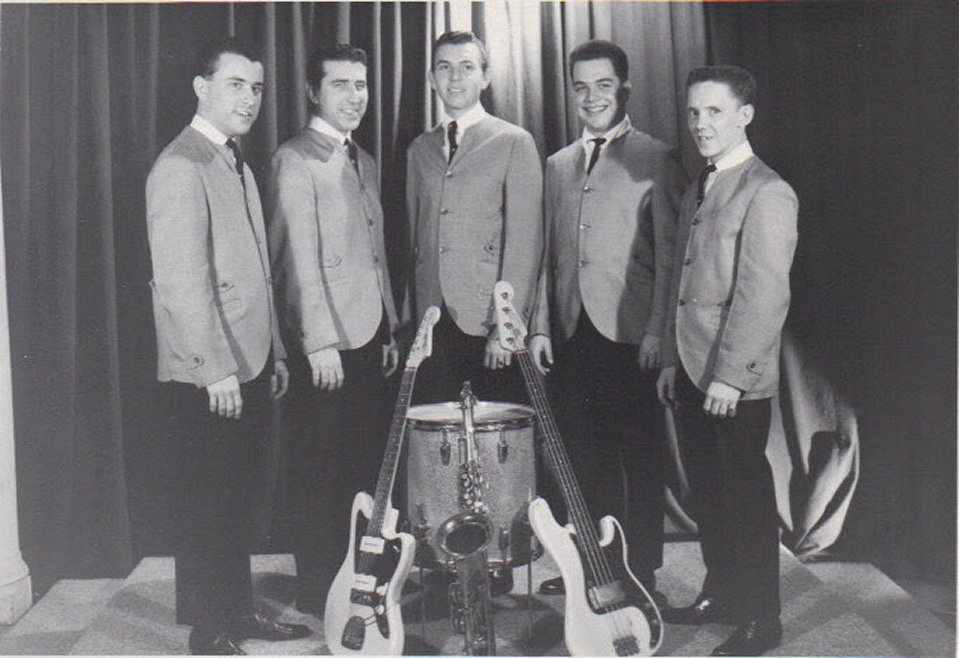 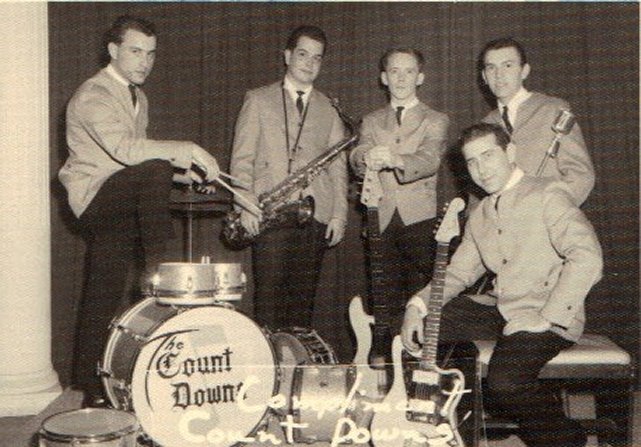 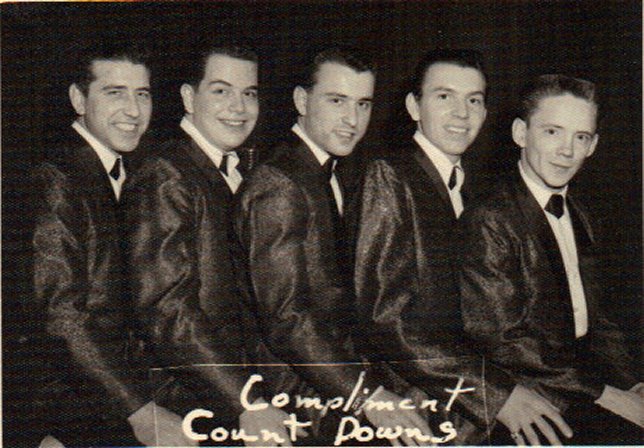 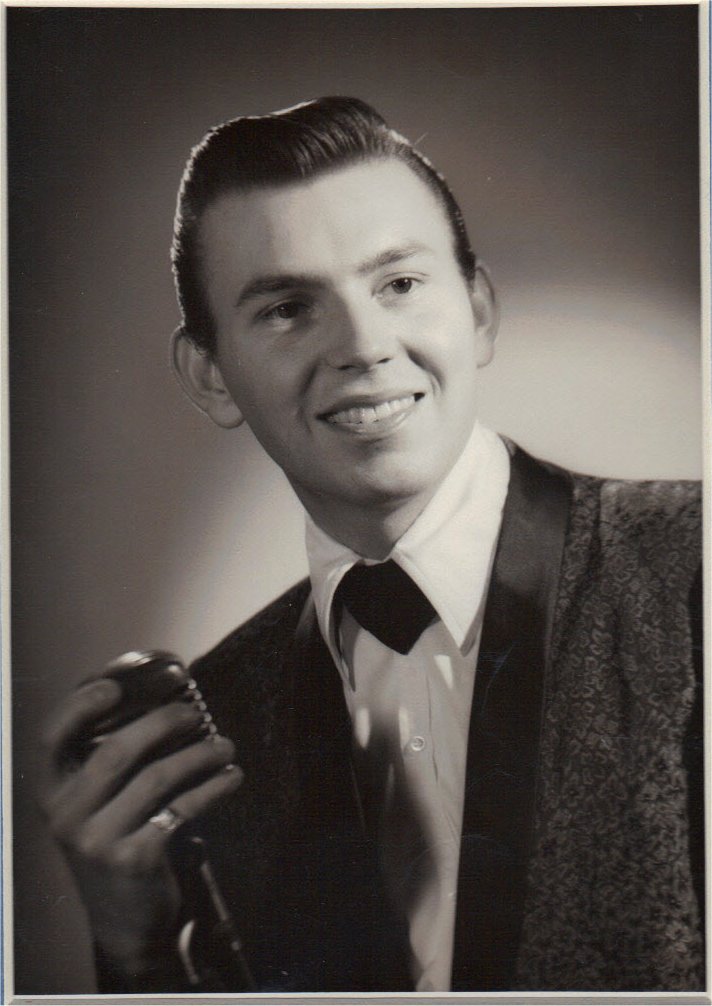 Here's a VERY cool note I got from Drummer Warren Wood:

Hello Greg, my name is Warren Wood,(drummer), I am 70 years old with a very vivid memory of those yerterdays, I formed the Count Downs Band along with my brother Gerald Wood, (lead guitar), and Leroy Nash, (originally played rhythm guitar until he afforded a new Fender Bass), in Late 1958 and early 1959 in the heart of the early years of Rock N Roll. Shortly after forming the rhythm section of the band that would remain until June of 1964, (when I joined the U.S. AIR FORCE after receiving a draft notice), we added Benny Grimes, (tenor sax),  and Richard,(alto sax), who's last name skips me. Shortly after that we added Eddie Vineyard,(vocals), who was one of my brothers brother-in-law. Band members over the years included Brian Hamilton, Sax, Harry Simon, sax, Bobby Caldwell, Lead Guitar, Lonnie Graves, Vocals, Bob Hunt, Vocals, and of course my brother Jerry, Lead Guitar, and freind Leroy Nash. Bass and Vocals

In my early teens I had dreams, as did many other aspiring musicians back in that error. But my dream was to become the most popular band in St. Louis area. I was inspired by such local bands as Terry Thompson and the Jester's, Jules Blattner and the Teen Tones, Ike and Tina Turner, Chuck Berry, Oliver Sain, Benny Sharp, Billie Gayles to name a few.

The early 60's brought the success and popularity that I was looking for. The Count Downs Band became the number one band in the St.Louis area. We joined the Local 2 musicians union which opened many doors for the band. The band sky-rocketed in popularity by becoming the first ever Rock N Roll band to play in a baseball stadium which was the old Cardinals Sportsman Park Stadium on Grand Ave. in St. Louis in 1963. This remember was prior to The Beatles first appearance in America to play at Shea Stadium in New York in 1964. This brought more notable bookings such as The Kiel Auditorium playing for the Hawks Basketball team nights. The Admiral every  Friday night when it was still doing excursions down to the J.B. Bridge and back. Played Saturdays on the ST. Louis Hop with Russ Carter televised from the Star-lite Ball Room at the top of the Case Park Plaza Hotel. Played numerous Spatter Platter Parties at every pool park around including Highland Amusement Park and pool. all of the Pool Parties was with local radio personalities which includes Jack Carney,(WIL Radio), King Richard, (KWK Radio), Johnny Rabbit, (KMOX Radio), Russ Carter, (KMOX TV), Charlett Peters of the TV Show, Etc.

I joined the Air Force In June of 1964 and the band disbanded leaving over 200 advanced bookings which we turned over to The Bob Kuban Band, thus the rise of Bob Kuban and the Inmen with Walter Scott. Bookings left to Bob Kuban included Busch Stadium, The Admiral, Kiel Auditorium, St. Louis Hop, Many Spatter Platter Parties with local Radio and TV Personalities.

Oh how I miss my brother and fellow musicians and those days gone by. I have wonderful memories of those days and times.

Continuing to live the dream in a different way while residing in the Beautiful Ozarks, Springfield, Mo. area

I got this wonderful note from Brian Nash, son of bass player Leroy Nash

My name is Brian Nash and my dad was the bass player for The Countdowns. My son found your article about them after a long discussion about the band one night. It was good to see the photos and the history of the band that you gave. I love the old photos which I don't have so I will be tagging them from you. I can still hear him playing and brings back wonderful memories. I do not play but my son does and it was a big thrill for him to learn about the Countdowns. I lost my dad at the age of 49 to heart disease. I have seen pictures of when he played at his own wedding reception! I still see Jerry Woods' son every now and then since we both ride Harleys. We always talk about the band. Thank you for keeping them alive. 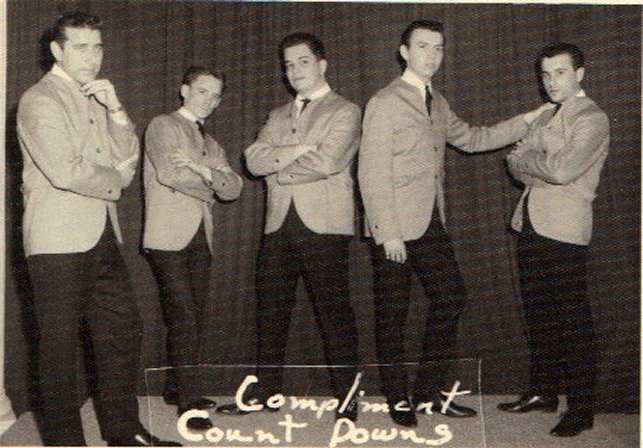 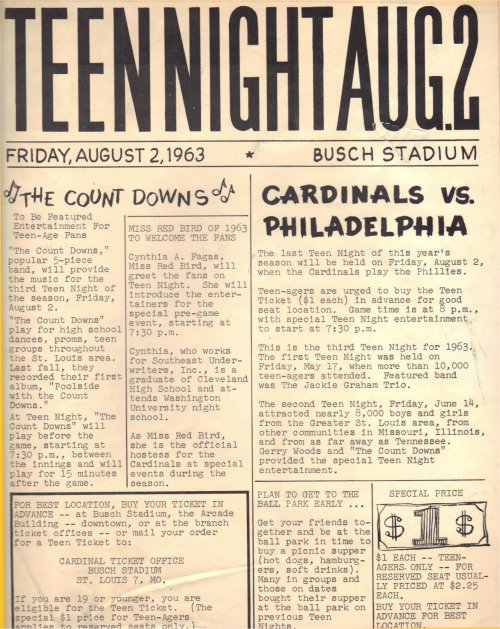