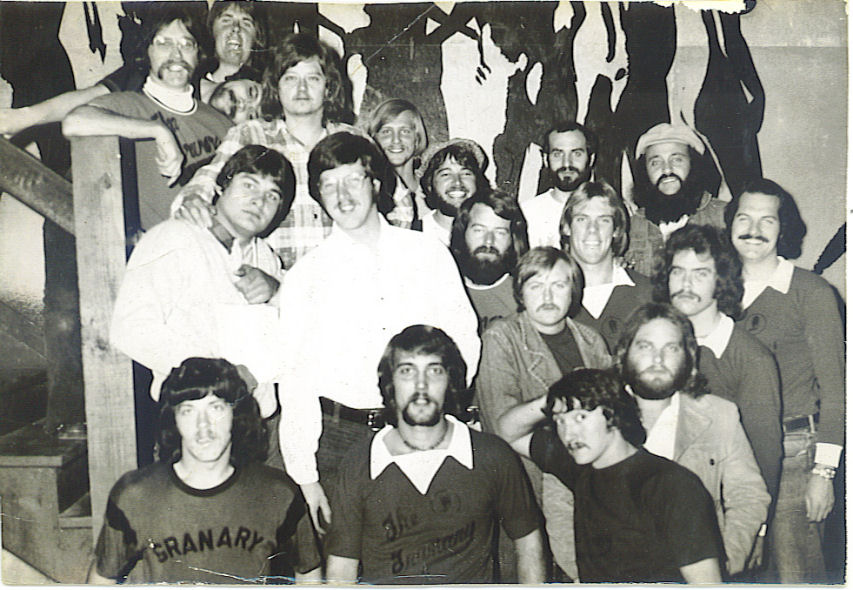 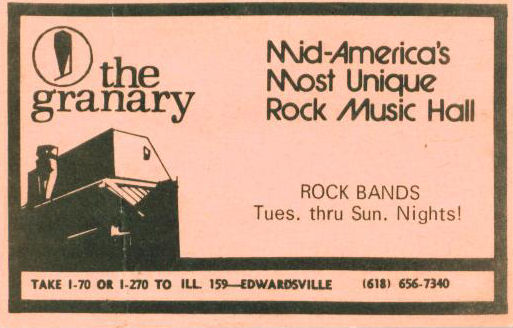 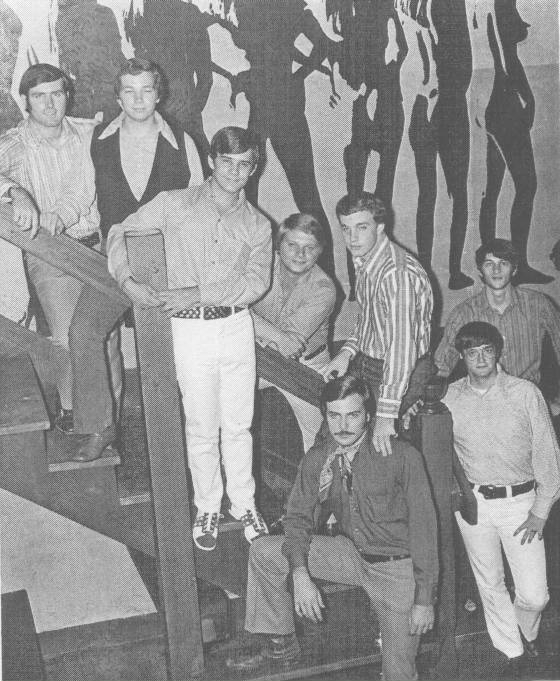 Looking at this photo made me remember the entire layout of the Granary. These were the stairs that you descended when you entered the main (rear) entrance. Just in front of you was the main bar (which extended all the way into the band room) and the band room was to the right. 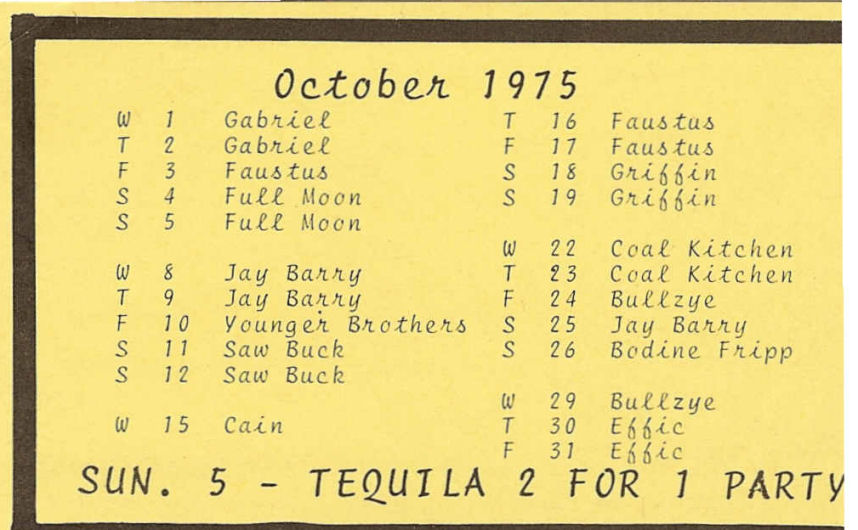 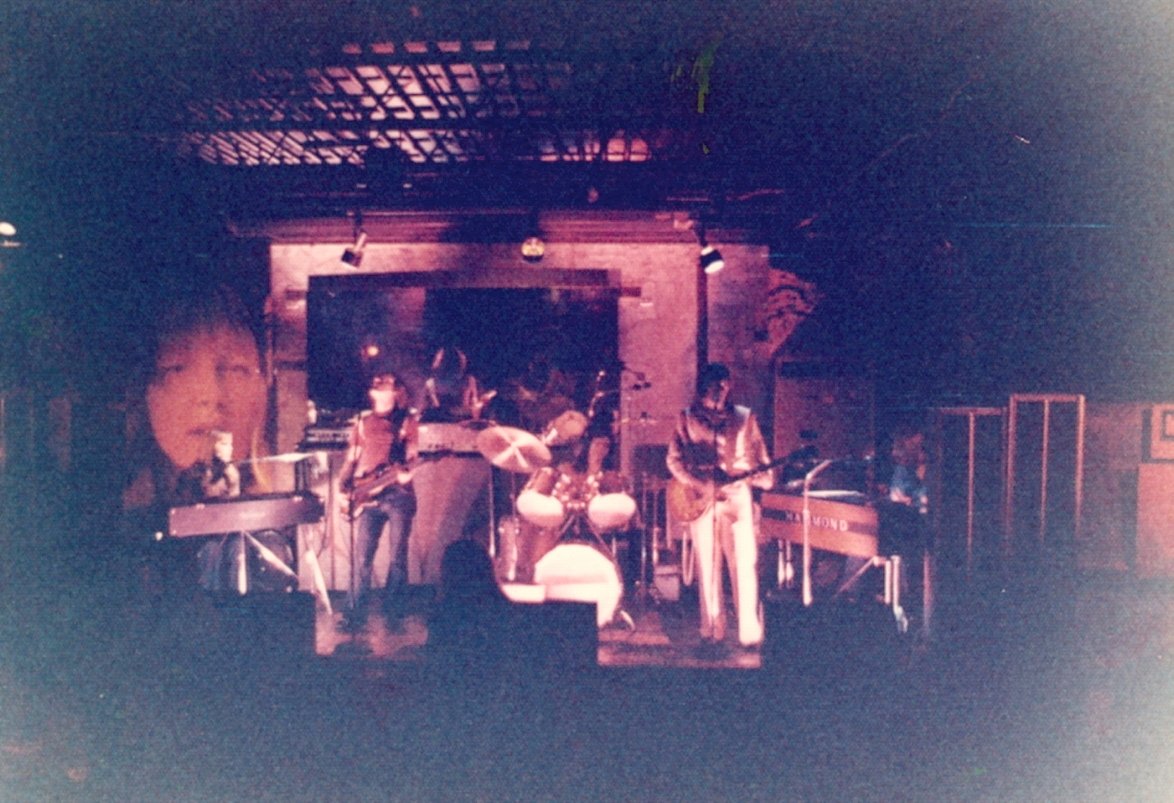 A very early shot of the stage with "Jesse" performing 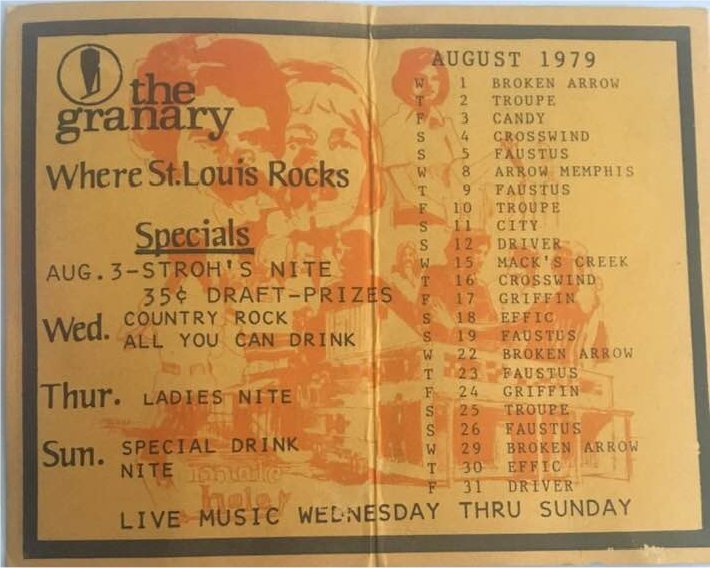 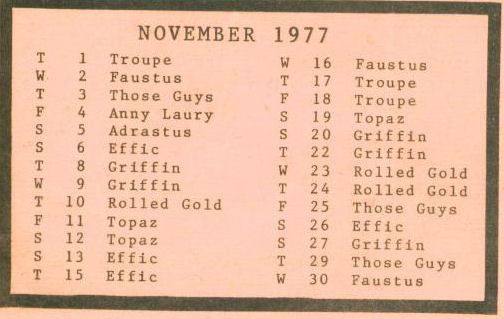 Greg, the man in the one photo mid-right is "Sia-Mac". He and his twin brother Sia-Bush" were engineering students from Tehran Iran who were also bartenders. Though the place was packed with gorgeous ladies nightly, they would get drunk (on nights they were not working :) come to my bar I was working and say "My friend, my friend, meet my date for the night!" Well, shall we say…they could have done better. But it was hilarious. happened all the time!

"Great music. Great hamburgers and pizza. Great memories of a time when everything was new at SIUE and the world was changing as we passed through our early twenties"

"One of the first if not the first places to have a disco ball and a translucent dance floor!" 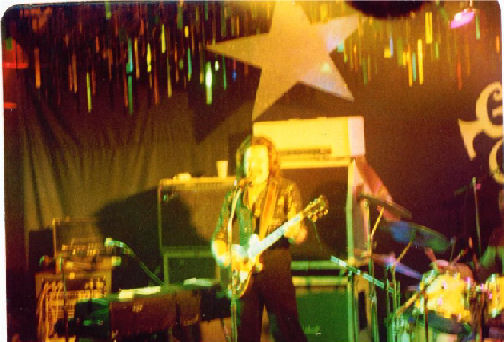 Griffin onstage at the Granary, circa 1977, note the dangley

things from the ceiling.