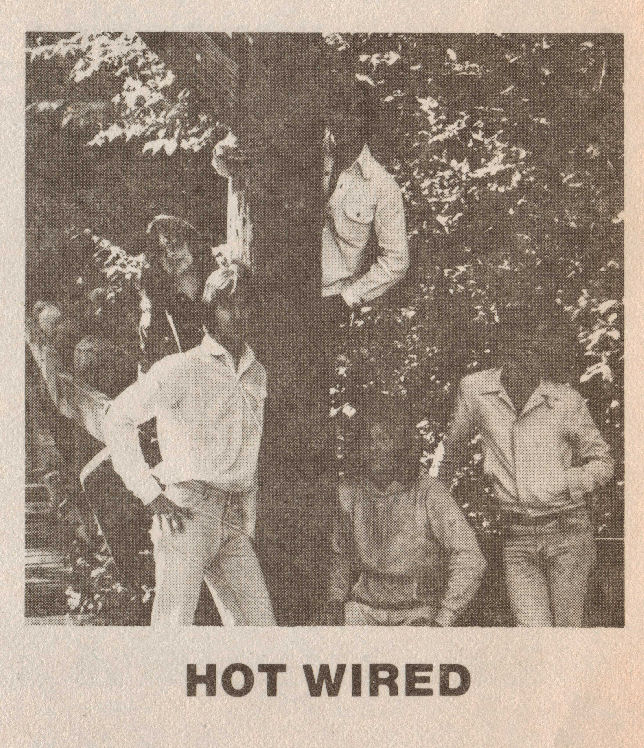 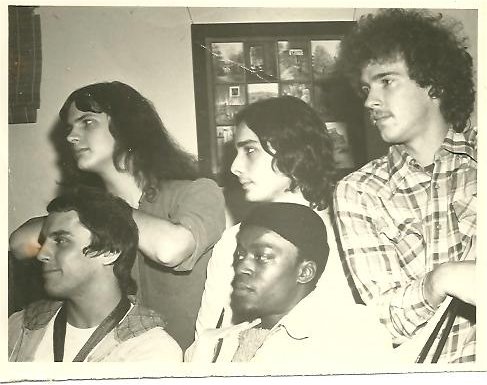 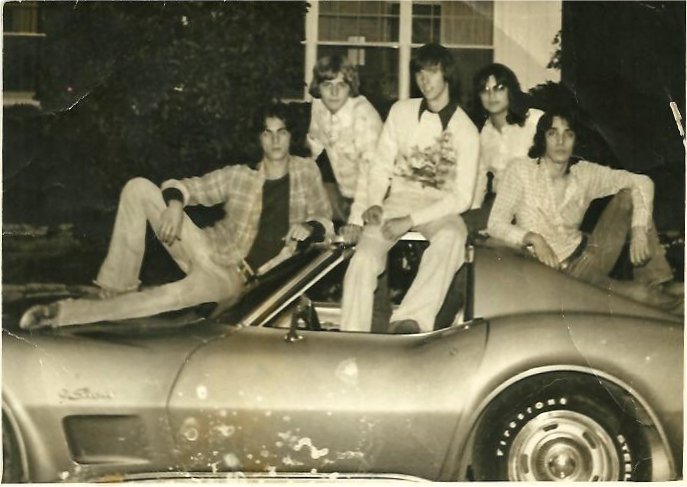 "HOT WIRED dates back to 1977 when Edwardsville Senior High students Ken Lewis, Mark Gerdes, Scott Minner and Brian Van Camp mutually decided to unite as a "KISS Tribute Band" with the sole intention of competing in the school talent contest.  While only attaining 3rd place behind a juggler and a solo pianist, "STRUTTER" were well received enough to warrant an encore performance at a school dance in the gym a few weeks later opening for St. Louis favorites "MAJIC DUST" (later known as THE JETTS and BOYFRIEND).

Comfortable with their sound and working relationship but seeing no future as a tribute band, they decided to continue on as a "serious" musical enterprise and thus HOT WIRED was born in the summer of 1978.

Along with a few KISS carryover tunes, the material would be a mix of hard rock favorites blended with TOP 40 hits.  Fellow EHS schoolmate Brad Fultz was brought in on lead guitar and vocalist Charlie Case (the eldest member by far at 21) replaced Scott Minner who was departing to attend college out of state.   This seminal version of HOT WIRED went from playing frat parties and school dances to working the local taverns and regional clubs under the tutelage of renowned booking agent IKE HAISLAR up until the 70's came to a close.

As a new decade dawned in 1980, bassist Lewis enlisted in the NAVY around the same time that Charlie Case left to train for a position as a state prison guard. To fill these gaps the band brought in Granite City native Dennis "the Menace" Aurand to sing lead and the bass spot was filled by Allen "Muggs" White who had previously backed funk, soul and R&B acts.   This sea change in personnel led to the material getting more commercial and danceable, ultimately leading to better and more frequent bookings. This version of the band was later further augmented by Female Lead Vocalist Ellen Rogers, who introduced the band to an even broader following and greater popularity. Brad Fults left in 1981 to try his luck in Los Angeles CA and upon returning to town later he joined up with Gabby McGarah's ROGUE, HOT SHOT and numerous other area bands.

Highlights of HOT WIRED's career included road trips to the Fort Leonard Wood Army Base, St. Genevieve, Cape Girardeau, Perryville and Hannibal MO, steady rotational gigs at PR'S NITES OUT in Alton and the original VANZO"S in Edwardsville, serving twice as the opening act for MAMAS PRIDE at the legendary STONEHENGE in Lebanon IL and a couple of appearances on local cable TV program "STREET BEAT", hosted by Lala Anselmo.   One particularly memorable event happened while performing at Carnegies in Soulard when club patron and  then Cardinals offensive lineman Dan Dierdorf intervened in a brawl between a two belligerent drunks, carrying both offenders simultaneously out the door, down the steps and into the arms of the arriving cops.

Personality conflicts, infighting and general mayhem eventually proved to be the bands undoing and HOT WIRED ceased to be in 1982