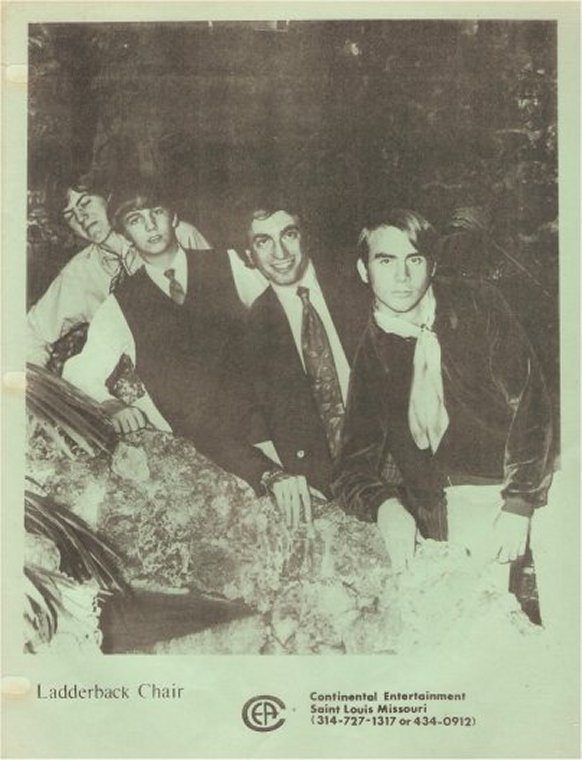 Here's the band's history from Dennis:

Here is some information regarding the the band was formed in 1967-68 by Larry Phillips, and Dennis Ripplinger, We met through a mutual guitar teacher, Mr. Davis.  He told us to get in touch and start playing music together.  Larry knew of Mike Rubottum, a drummer, who had been playing in a band, called the Impalas.  The Impalas were breaking up, so Mike got their bass player, Roger Zarzeck, not Robert Zarzeck as the Journal picture states, and their key board player, Charles Dickey, to become part of this new band which at the time didn’t have a name. Mike began looking through the dictionary for ideas for a name and came up with The Ladder Back Chair.  We played our first job at a parking lot in Cahokia along with a couple other bands, It seems like one of them was the Black Zone, but I am not sure.  On that job, we got our brand new Shure mikes stolen.  After we bought new mikes and Mike’s dad engraved our names on them, we played Cahokia teen town.  It soon became a regular venue for us, along with Madison teen town. We eventually got connected to a booking agency, Continental Entertainment, and began playing in places throughout the Metro East.

The band had other players: Jack Davidson on bass, Jerry Adams on vocals, Mike Chancellor on key boards, but eventually we disbanded when Larry Phillips and Mike Chancellor decided to join a guitarist named Doug Phillips to start a different group, and the rest of us went our separate ways.  I do not know what happened to any of the rest of our members, except Mike Rubottum who passed away in August of 2017.  I would certainly like to hear from any of them who are still around.  There are no hard feelings in me regarding the band.  I really only have good memories of this band that played top 40 tunes with a selection of FM album cuts as well. 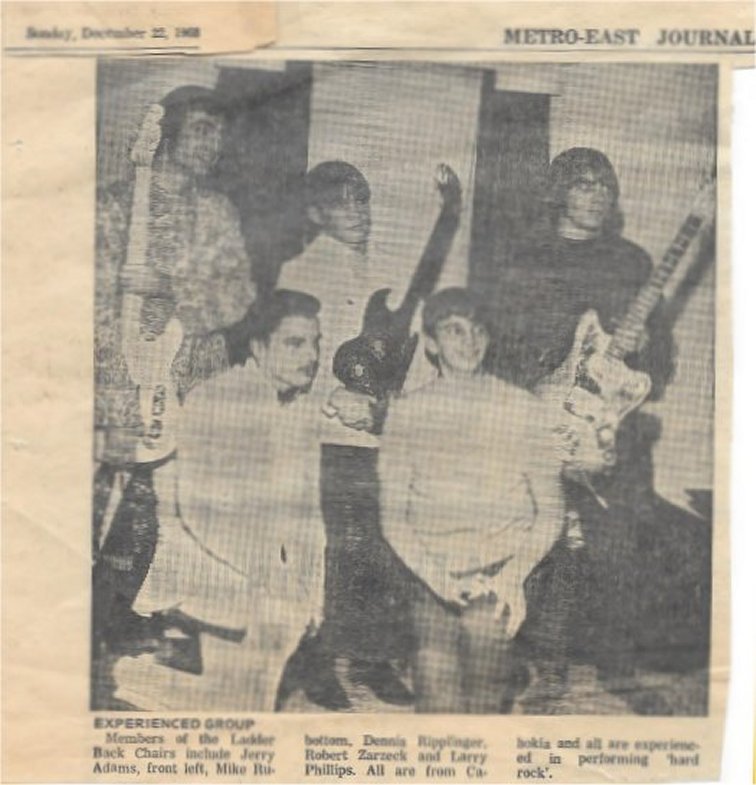