This was the last few years of The Music Palace/Starlight Ballroom with a new owner and a facelift. But rock and roll was moving out of the area! 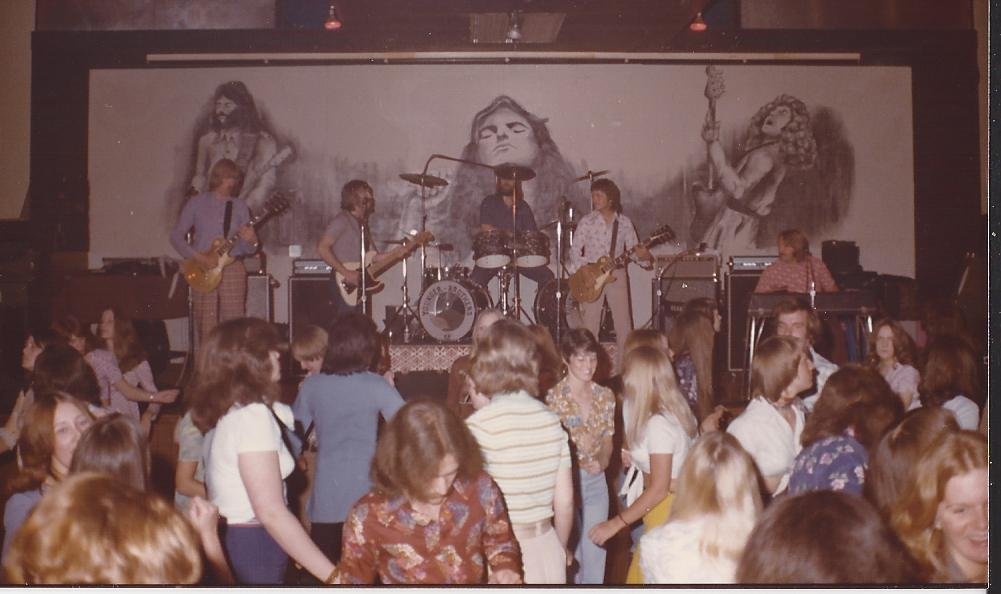 Above and below, The Younger Brothers take the BIG Night Moves stage! 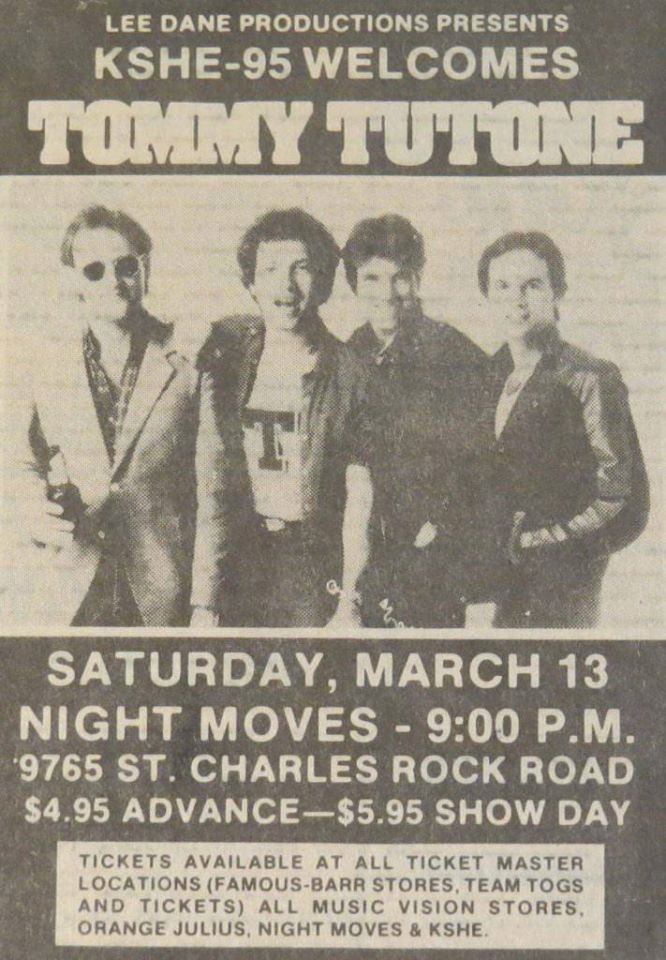 Listen to a Radio spot for Night Moves:

And here's a memory from Michael McConnell:

I was at Washington U. and a friend drug me to see some band there. Some guy in the audience yelled something like "we love the English " and the lead singer said smoothly,  "we're Irish, lad" and continued the show. It was the U2 show, October 4, 1982! Wish I'd saved my ticket stub or something! Funny, at the time, I told my friend, "these guys aren't that good. They won't be around long." !!!!!!!!

I saw the band,  ACTS,  open for,  JOHN KAY & STEPPENWOLF,  at Night Moves in January, 1981.  They were a decent cover band.  But the crowd was there that night for Steppenwolf and didn't appreciate the band's efforts.  In fact,  they booed ACTS off stage.

Night Moves was a very cool club.  I also saw CANNED HEAT play there, as well as, SPIRIT. 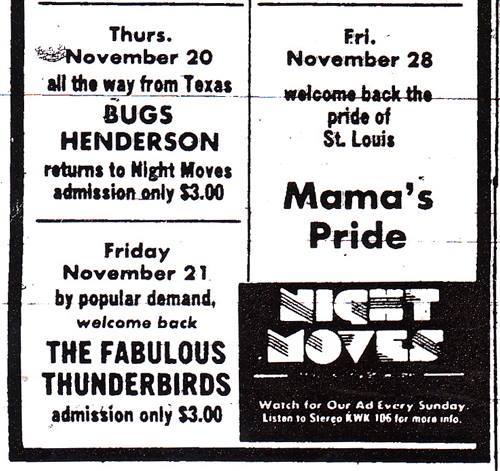