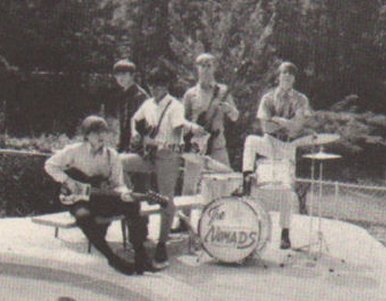 This is John Von Fange of the Nomads. Found your search request while Googling Mike Bertel.  I'm not on Facebook, but am on Linked-In.  I periodically try to find info on the band members but find very little.

Mike Bertel was a neighborhood friend of mind.  Well after his band was up and running, they needed a lead singer and I was invited to join.  I continued with that until I sang my voice out and was learning bass guitar, where I did mainly backup singing and Mike or others did most of the leads. I was only a mediocre bass player, but was able to hold my own, as rock music was only 3-note progression with simple bass lines. My best was "Hey Joe, Where You Goin With That Gun In Your Hand."

Mike was a good rhythm guitar, who progressed to being a great rhythm guitarist and playing a little lead. He was always learning, even learning the drums.  I think Mike ended up on the west coast playing with groups there.  He had great potential.

Stan was an amazing lead guitarist. He could play anything from Flamenco to Blues, to Jazz, to Clapton and Hendricks.  He had to be a genius with a photographic memory. It seemed he only needed to hear riffs once and could play them all note for note, feedback for feedback, and than even jam on them in their style as though it was actually them. People came from all over to hear him play. I have a good story about him and the worlds best blues guitarist at a symposium at Mel Bay in Kirkwood.  He had a hollow body, Cherry Red, gold plated, Gibson guitar he bought for $1,500. I don't know anything regarding his whereabouts since then, but think he wanted to be a brain surgeon.

Mr. Hoemann, of Hoemann's Jewelers in Kirkwood, was a promoter and had us entertain at the 66-Drive in and other drive-ins before the movie started.  One of the group mothers had us cut an instrumental record called "Trash" an original song similar to "Pipeline" highlighted by Stan's lead guitar. Not sure, but think we made a local TV appearance.

The photos were taken at Phil Markley's pool at his home in Graigs Wood.  Phil's father was a producer for Channel 4. Phil joined the band during the high school period and was one of the best keyboardists in the area. His "Light My Fire" by the doors was his best - no one could play it better. He had a Farfisa keyboard and later a Hammond B-3.

We eventually got a manager and did some recordings in his basement studio. He bought a 50's Cadillac hearse with NOMADS and info hand painted on it to advertise and haul our equipment. We won a battle of the bands at the Kikwood Ampitheatre, and another battle of the bands in North county where 25-30 carloads of greasers attacked us at a burger joint after the contest and were finally swarmed by the police that ran us out of town as a bunch of Hippies that started the whole thing.  Our manager Played our recordings over a Crystal city radio show and booked us at some clubs or highway 21 road houses where everyone was wearing the peace symbol and giving the sign, yet would often break into brawling.
We hated the Beatles, but loved and played the Kinks, Stones, Bo Diddly, Cream, Who, and some of the 60's standards.  We tried to write some, but did nothing to remember. I guess we never got the big break and some of us were going on to college and careers so we disbanded the beginning of our senior year


Jim was the girl magnet. He looked like one of the Rolling Stones and was one of the better drummers in the area.  He was a year older than us and could drive the equipment when he became 16. Heard he went to Europe and toured with some groups there.  He was killed in a car crash sometime after '76.  His son Jim looked exactly like him, shockingly so, and graduated from Kirkwood High with my son John in 1993.

...and this correction from Shirley Hammers:

Not sure where John got his info, but Jim is alive & well & living in Los Angeles, CA.

We have a son & daughter - born & raised in CA. Our son did not attend Kirkwood HS.

We even have an amazing grandson. 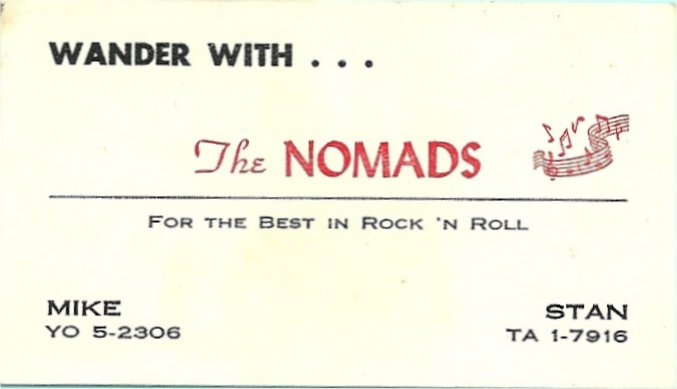