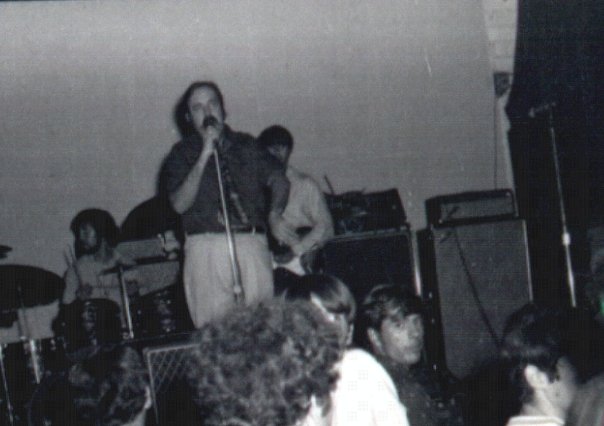 Prince Knight's onstage with The Unknown! 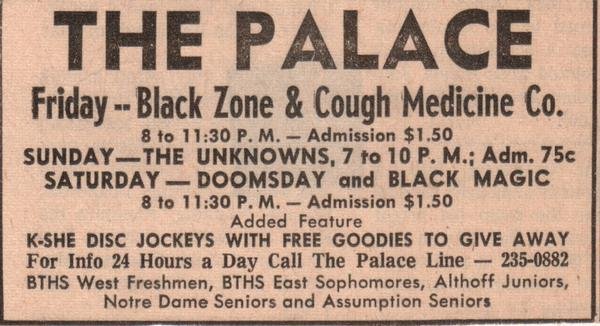 Here are some recollections from Rick Rieckenberg:

I thought I would share some recollections of Prince Knight's Palace in Belleville. It was an old movie theatre that Prince Knight had leased or purchased and booked local and national acts to perform in. As I recollect, all the movie theatre seats were removed from the downstairs portion. It was dark and fairly stark. If there were tables and chairs, I do not remember them. Upstairs was a mini head shop selling love beads, incense, and nehru jackets. They had an awesome liquid light show that interspersed 8 mm movie footage. Very similar to Fillmore's. I saw the Blues Magoos when their first record came out. They played "We Ain't Got Nothing Yet" and an extended version of "Tobacco Road". For a laugh, I also saw "1910 Fruitgum Company" there. I remember seeing the Black Zone there and being impressed. Hour Glass played there but I had not yet been exposed to Duane and Gregg Allman and was not in attendance. History has treated The Palace poorly.In fact, the building isn't there anymore. I would like to find out when Knight opened it and when it closed. Likewise, a partial list of national acts that played there. If you have additional information or know of anyone who does, I would welcome the opportunity to visit by phone, email, or in person. Thanks! 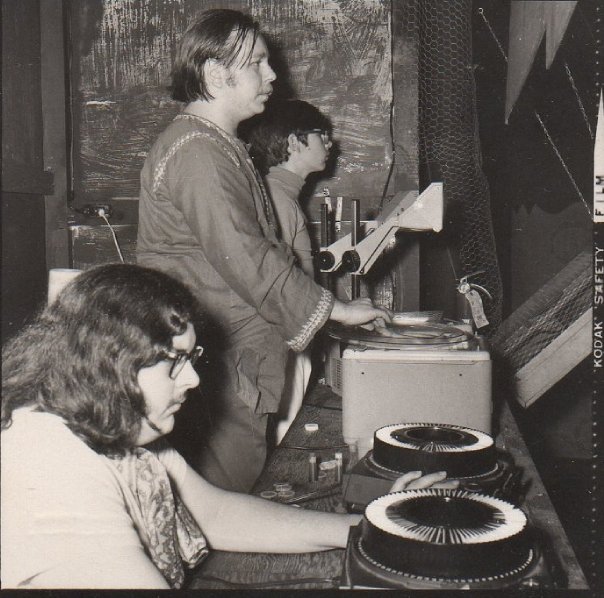 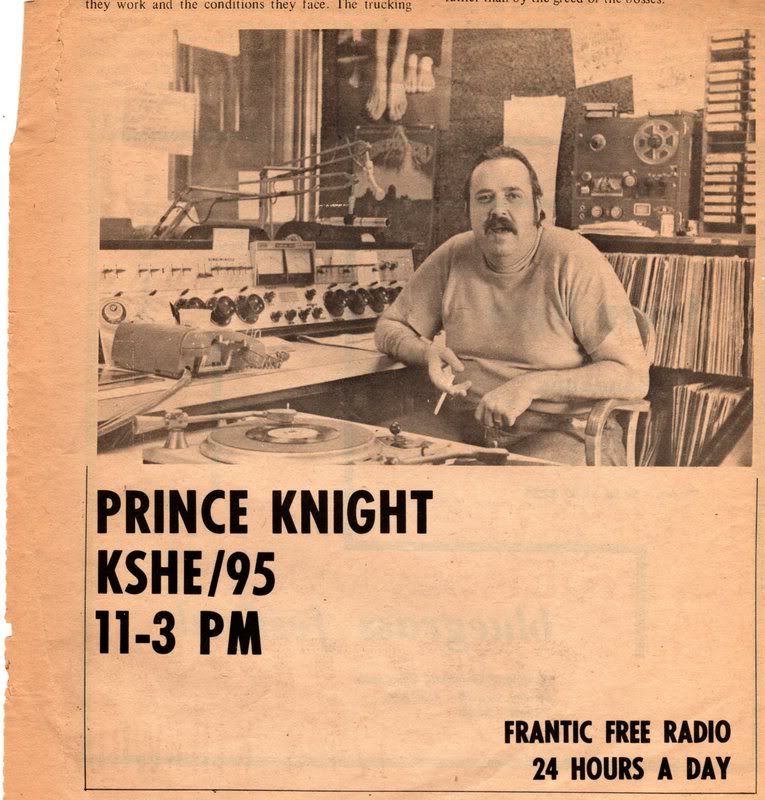