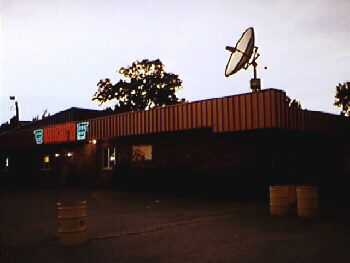 Greg, I recently saw the site about night life in the area and was extremely impressed..... I opened Wick's in 1977 at 3043 Godfrey Road in Godfrey, IL and had live music the whole life of the club... which I owned until the day I sold the business and property April 7, 2004. It was a hell of a run.... 27 years in the same location and under the same owner is almost unheard of in the bar business. I hosted the famous "Wick's Fest" in June and August and attracted people from St. Louis to Springfield IL who came to enjoy top bands from the St. Louis and Illinois area including "Survivor" and several tribute bands ( Kiss / Metallica/ Beatles) ... the party was held on my 3 acre parking lot and attracted crowds as large as 2600 people each night... which seemed like a lot at the time. The Fest was originally held 4 days in June and 4 days in August starting in 1979 and continuing until 2003 In the late 90's I reduced the number of days to Friday and Saturday nights only.... it was just getting too big. Today I always hear people say they miss the huge tent and the great party that the "Wick's Fest" provided.
In 1984 I hired a DJ named Donny Lanier who went by the stage name "Dr. Godfrey", Donny became somewhat of a local celebrity as a Rockin DJ !  As a single father, my kids ( Doug, Kristi and Mikey) more or less grew up in the bar and worked there all the way through college and were a big part of the success of Wick's. I will look around and try to come up with some photos of interest and again.... thanks, I'm sure a lot of people will enjoy the site.... if I can be of any help.. don't hesitate to ask !

Wick's was great! Since I was one of the "charter members" ... It's hard to remember anything specific! LOL! Humm ... As a single mom didn't get out much then. (Some of my family members took up the slack for me.)

What I DO remember ... is when Dave Wickenhauser (owner of Wicks and highschool classmate of mine) got the idea for WICKFEST! Saw him at another "Fest" in town and he was saying ... "I can do a better job!"

He did a great job! I was at that first WICKFEST and several more. Dave did a great job as a businessman and entrepreneur with a business that survived in the area and became a legend in town (as well as it's owner)! ;)

Coming from a small town and staying in, being successful even though the small towns work against the very thing that they say they want ... Success.  In a town that has a reputation of being a town with a "bar on every corner and a church across the street ..." it is hard to survive and make a success of it.

But, Wick's is a great memory!

Dave get's poked a lot for being remembered for always driving around in a new Corvette all those years.  But, why not live the lifestyle you worked for?
He deserved all those Corvette's! A lot of fun!