Dichotomy and Bushwhackers were both house bands at different times. 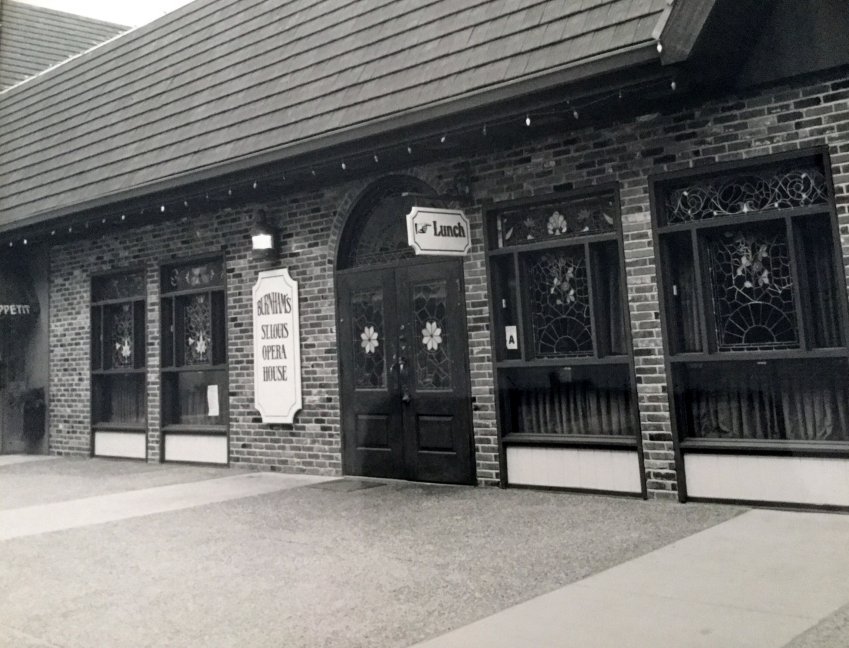 I worked there as a bartender from the day after I turned 21in January of 1980 until the summer of 1985.

I saw a lot of things and have a lot of memories from there. Tom Burnham was the owner until about 1984 when he

sold it to someone else and Tom opened a place in Union Station named Key West Cafe.

and then later on not on Tuesday nights.

The place was out of control on the weekends. We got so crowded that you could not even get in to the place. Waiting

lines outside the saloon style swinging doors, out onto the plaza brick walkway. One St. Patrick's Day, we were so busy

from the time we opened, until the the time we closed at 1:30, we went thru 55 half barrels of beer in the one day. I worked

drinking, fights and...oh yea, a little sex on the bar. Right in front of everyone. The young lady and her 'date' did get a

little plaque on the bar for that one.

The house bands that played there were Mike Fee and the Bushwackers. Then when they left, Bill Alt, from the original house

band Dichotomy came back for a while. That was out of control, too. Bill Alt was a wild man and used to get businessmen up on

stage  and cut off their ties, which usually went over real well. That was probably the wildest of times, when Bill Alt's band was

Then, when Alt's band left, the house band became Brian Clarke and the St. Louis Browns.

Some of the guys that played in the house bands were Joey Marshall, Mike Fee, Jay Hayes, Bill Alt, Jim Huckleberry, and Pat

Malloy, all of which are on this site and in different bands throughout the years. I remember seeing Michael McDonald come in

and sing with the band once in a while, as he was old friends with Pat Malloy. Michael was  a great guy, very nice. His sister

(Mary I believe) came in once or twice and sang with him, too.

There were famous people in there all of the time. I met Bobby Thomson, who hit 'the shot heard around the world'. A famous

ball player for the NY Giants MLB team. I met Rocky Blier of the Pittsburg Steelers, and more Playboy Bunnies and

Centerfolds than I can remember. One of them of course, was 1976 Playboy Playmate of the year, Pattie McGuire. She could

not have been any nicer of a person. She would come in once in a while. One day, I came in to work and there are six Playboy

Playmates sitting at the bar. They had been doing a national ad campaign at Burnham's other bar, T. Billie Moffett's (where he

shot Scott Humphries) for Michelob Light. What a job!!!

Yes, Tom Burnham did shoot and kill Scott Humphries one night. He actually shot him two times, and did kill him, behind T.

Billie Moffett's. It was found to be 'self defense.'  That is all that I will say about that other than Tom Burnham never

'went away' as some remember. He was found 'not guilty'. He had hired as his Defense Attorney, the famous or should I say,

infamous, Charles Shaw. Tom Burnham was never convicted. There is a lot more to this story, but, I will only say he was found

'not guilty' and leave it at that. Although, I do know the entire story straight from Tom Burnham's mouth... just know that he shot

Scott Humphries two times, once in the side and once in the back. Tom thought he was being attacked and acted in self defense.

That was one wild and fun place. I worked with a lot of

Hudgens and so many pretty girls that I cannot name all of them. I enjoyed working there like no other job I have ever had. 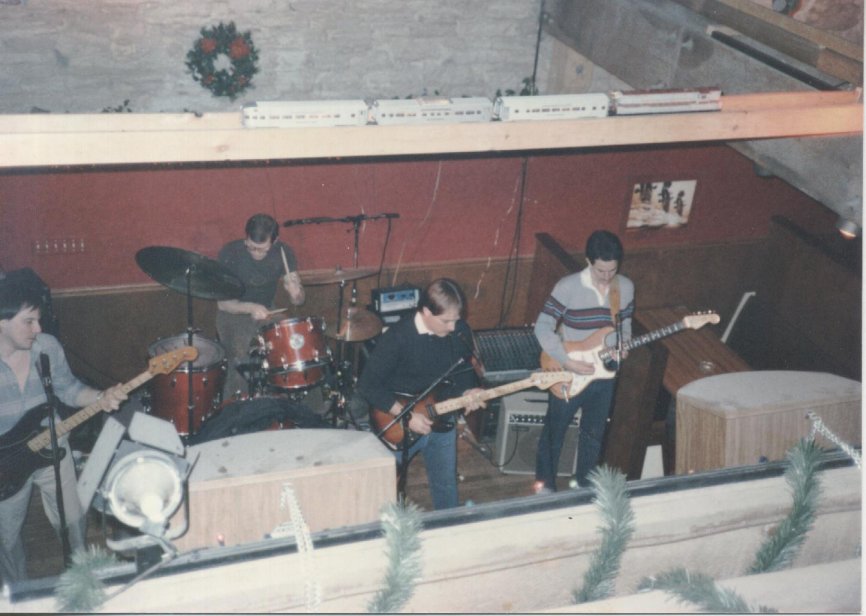 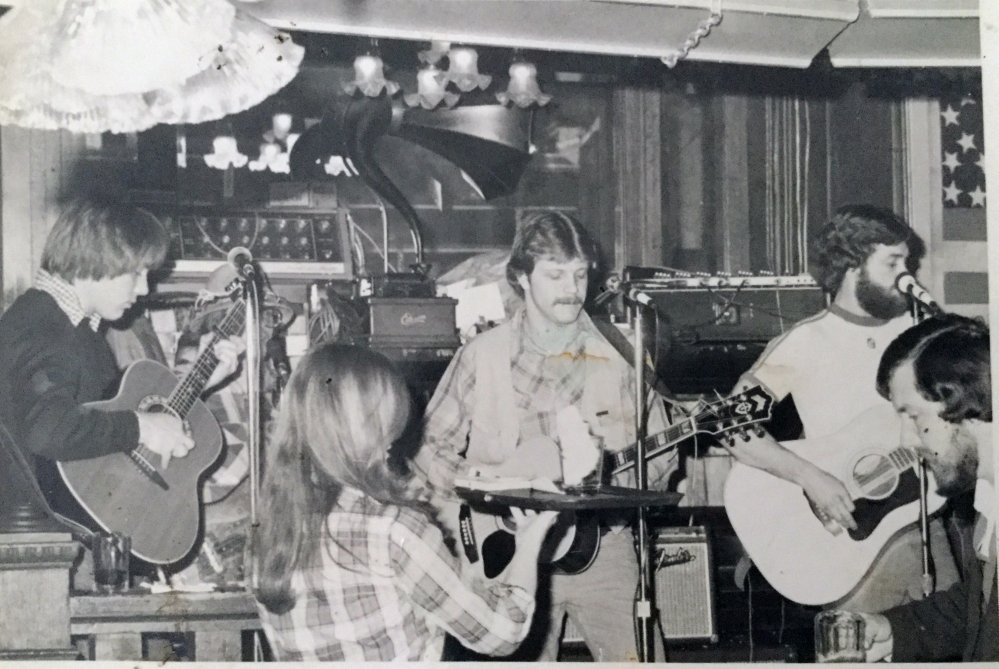 Here's another bunch of memories from Ken Morasaki:

I saw the article on the website as someone alerted me to something on Channel 9 last night.  I worked at the Opera House and worked with Kevin Nash, Rob, Rick Dolgin, Jeff (Jefferson) Davis, Marty Main (bus boy). Mike Schott, Mike Buzzotta, Joe Buzzotta and Mike Arnold (the last two were managers and other than Marty the rest of them were bartenders.)

One of the waitresses, Gail Coil, I remember. Who could forget?  Robin Coil, who I think was Gail’s (sister-in-law?) went on to work at T. Billy Moffitt’s -where I worked- and married the Cardinals football linebacker- Terry Stieve.

Jerry Clinton and a couple of retired county cops (I’ll just call them Ed and Denny and leave their last names off) used to shoot up the place after hours.  There was a large buffalo head that probably had more slugs in it than Tony Montana at the end of Scarface.

Jeff’s girlfriend was sitting at the bar one time and some drunk kept bothering her.   Jeff warned him to leave her alone but he didn’t get the message.  Jeff came out from behind the bar and kicked the guy and he went flying through the saloon doors into the outdoors walkway at Westport Plaza.

He threatened to sue Tom, so Tom said he fired Jeff.  In reality, Jeff came over and worked with us at T. Billy Moffitt’s.  Jeff was built like Lou Ferrigno and was into martial arts. I think he later became an instructor at a Tracy’s Karate studio somewhere in the area.

After closing at T. Billy Moffitt’s, we used to have to clean the bar, wash the glasses and divide the tips up amongst the bartenders.  There was a few pitchers of beer usually as everyone sat around and drank beer to unwind.  The place was so busy it was just unbelievable. Even on the weeknights.

One night, the manager that was working, Mike Arnold (who had transferred from the Opera House after T. Billy Moffitt’s opened) told two bartenders that it was “time to go.”  They were sitting at a table top Space Invaders video game that was up against a wooden post/column that was about a foot wide.

One of them (nicknamed “Bags” because his last name was Baggett) said “I got one man left to go!”   Mike pulled out a pistol he had in an ankle holster and I heard one of the waitresses scream: “Mike, no!!”

I heard a gunshot go off and he had shot the wooden post (right between the two players faces) to make his point that he wanted them to stop immediately.  The reason she screamed out is because from her angle she could see I was on the other side of the post.

I’ve got a million stories of life as a bartender at these two places, but some of them will have to go untold as there could be some people mad at me.  Mike (Arnold), unfortunately, never overcame his demons and committed suicide one day not a long time after Moffitt’s was closed and sold.

I heard that he bought a six-pack and started drinking with his engine on and the garage closed.  Sad.   Sorry to end on such a depressing note, but I got to run.

Thank you very much. 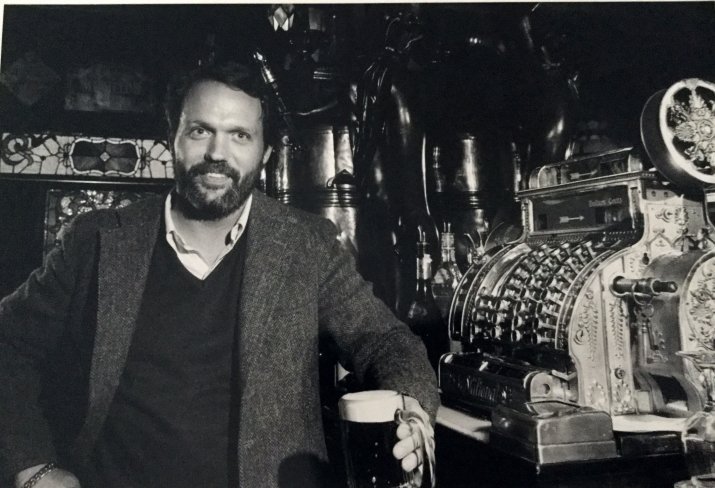 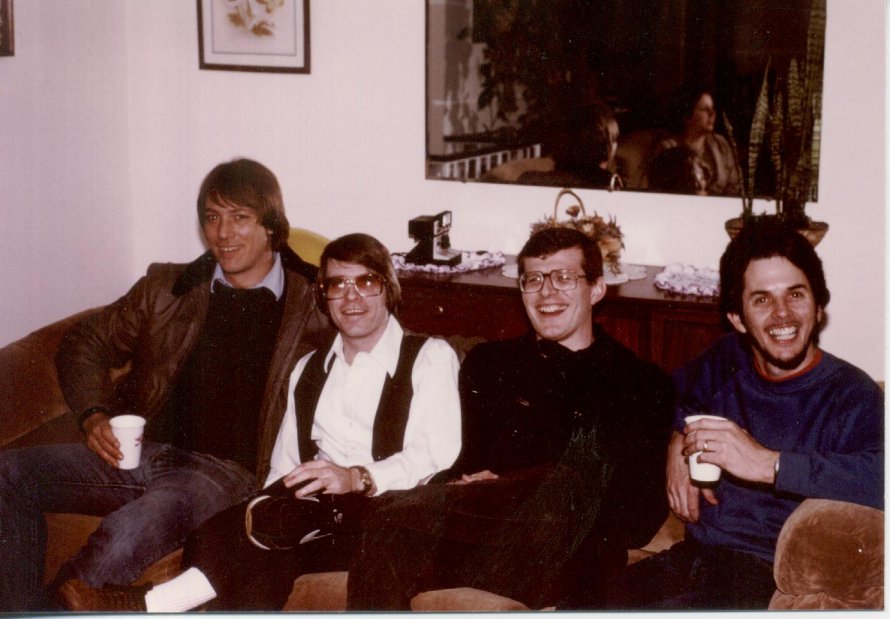 Thanks to Staci Webb