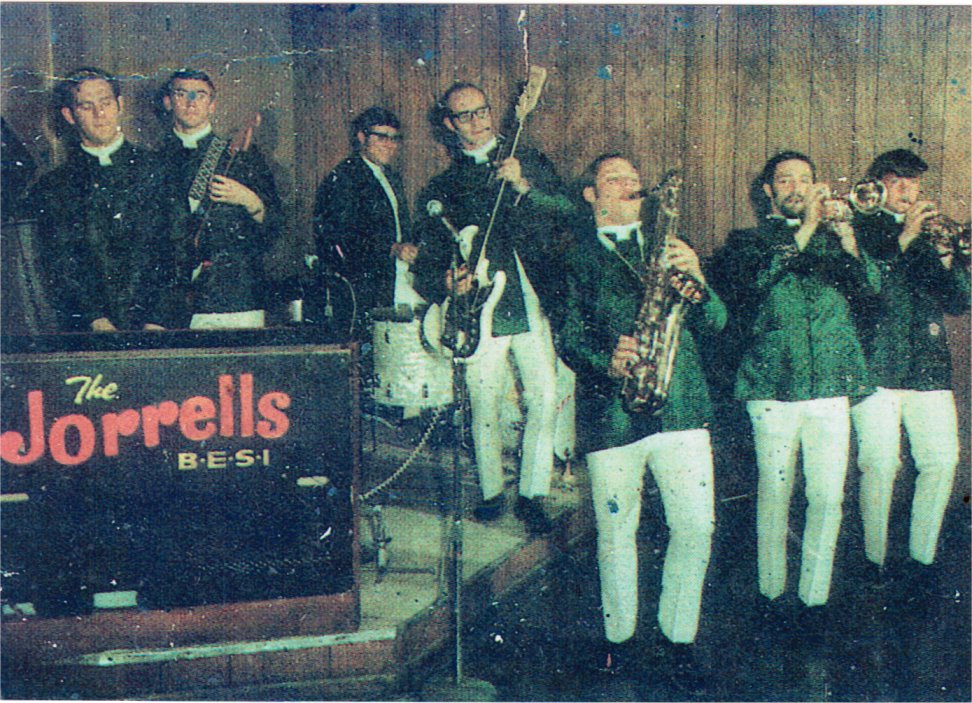 Here's a track from The Jorrells album Cookin': 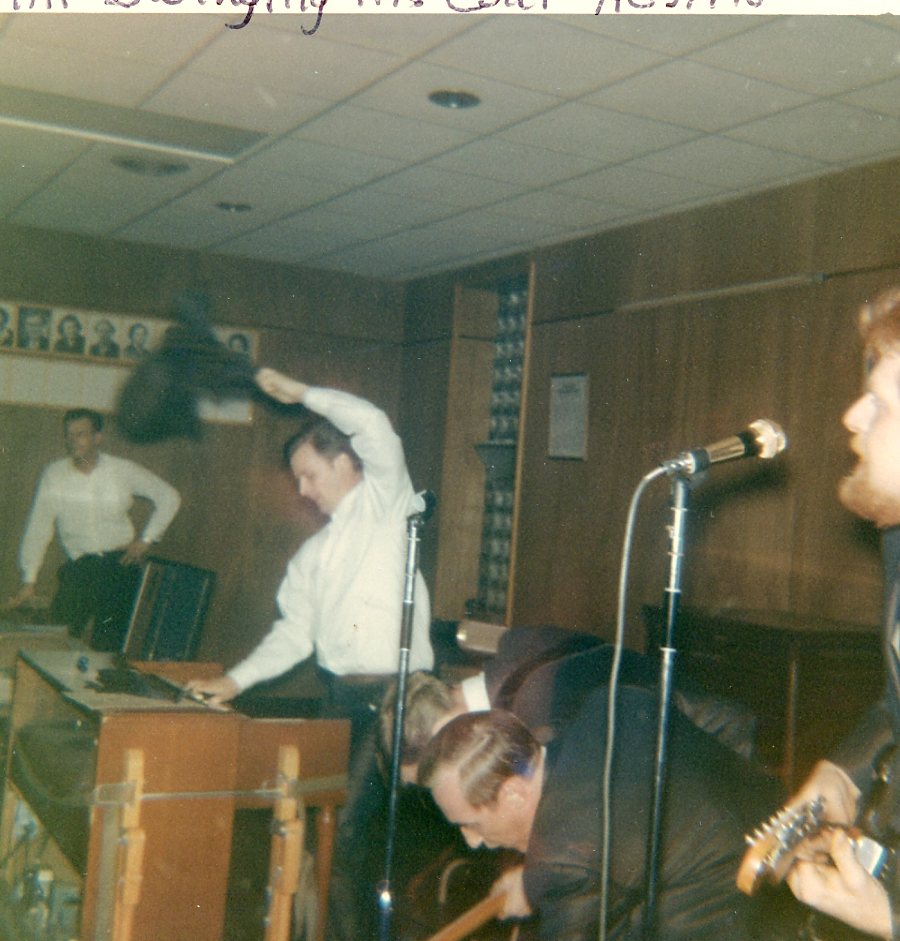 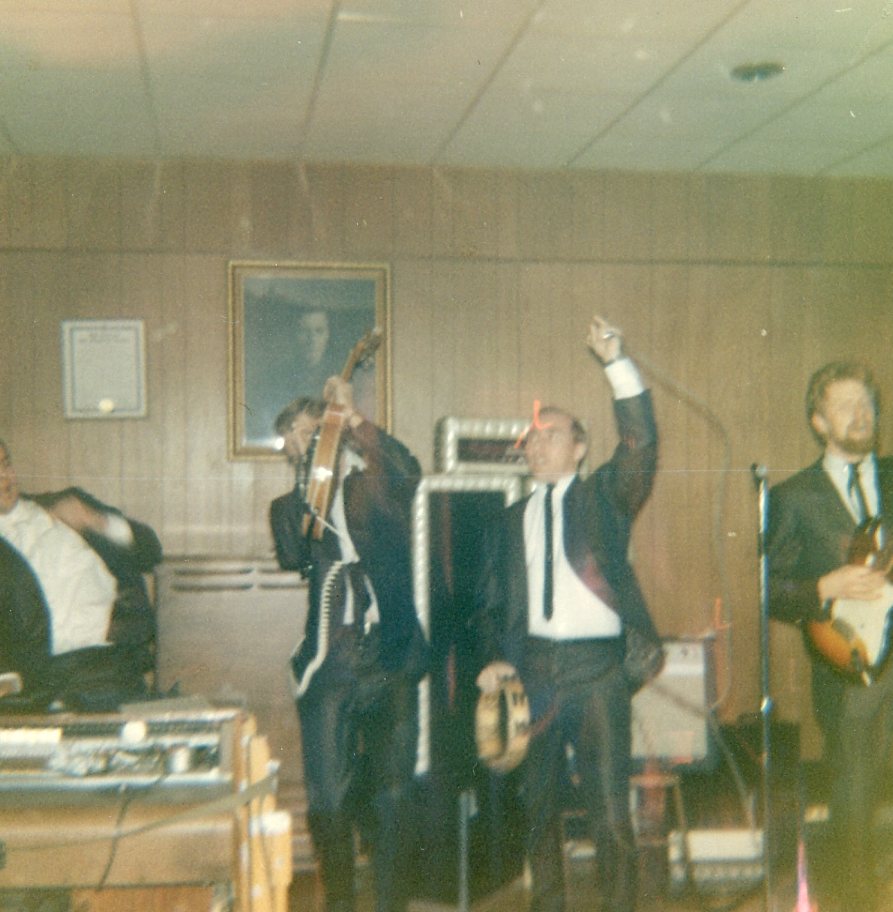 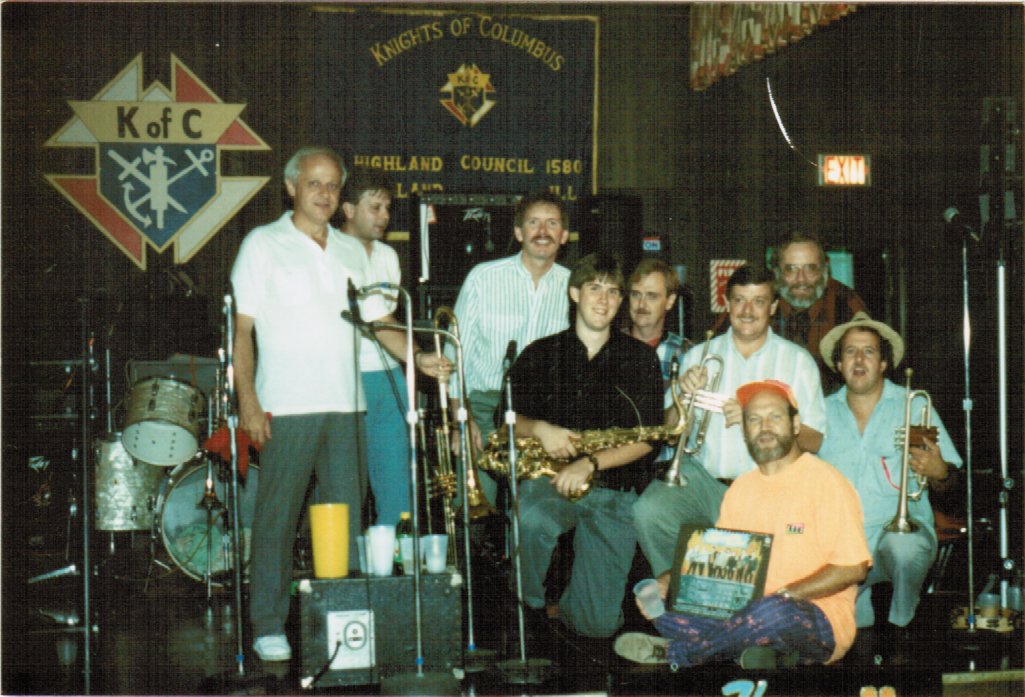 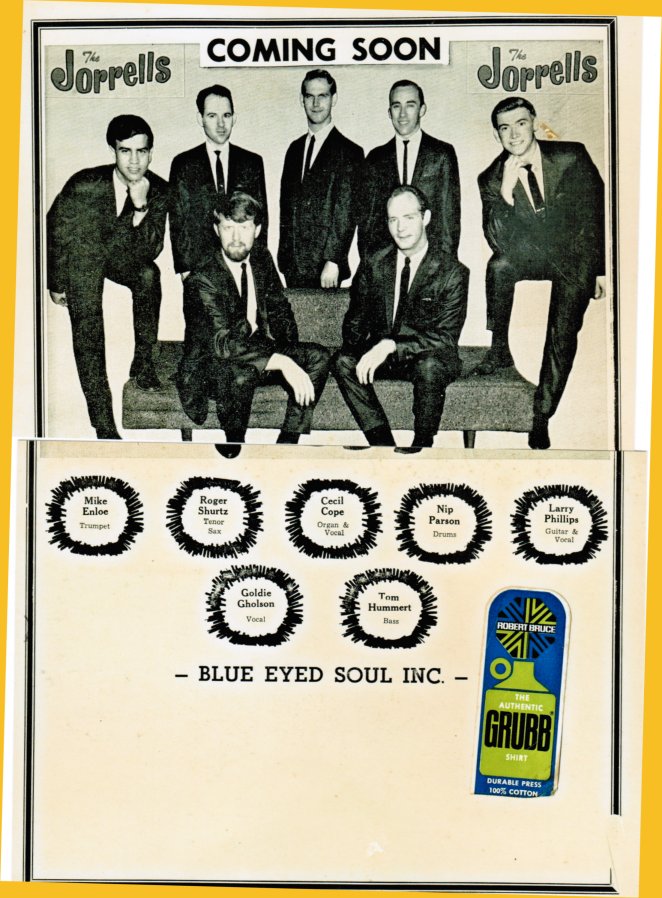 Mike Wilton, Cecil Cope and Goldie Gholson together in 2010! 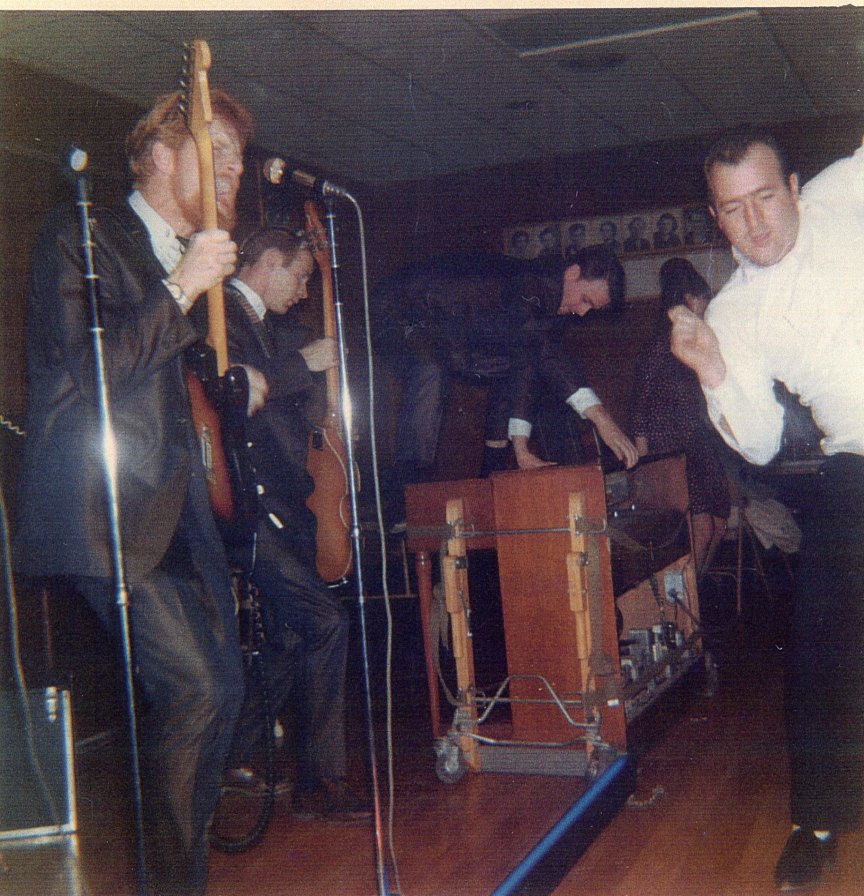 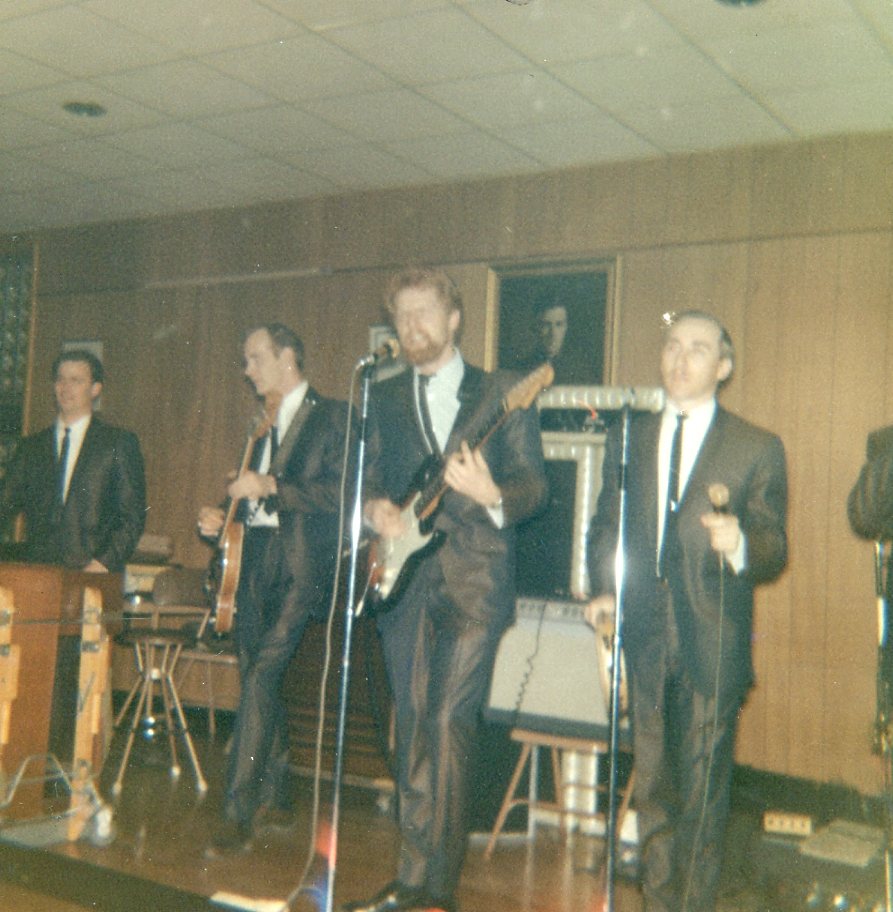 Just thought I would drop you a note.  I was doing a google search on my name, Warren “Goldie” Gholson and ran across a copy of the Jorrells “Cookin” album.  (I am the fifth from the left)  Other members were (left to right on the album cover were) Tom Hummert, Bass, Cecil Cope, Keyboards and vocals, Gary Heinzmann, Tenor Sax, Warren “Nip” Parson, Drums, Warren “Goldie” Gholson, Vocals and Guitar, Roger Schurtz, Tenor Sax, Larry Phillips, Guitar and Mike Wilton, Trumpet.   I was one of the founding members of the group.  The band  was started in, I believe, 1965 after Nip Parson, drummer, Jim Cicigoi, Sax and I got out of the Army.  The Jorrells are still playing today based out of Memphis Tennessee and operated by Cecil Cope.  I left the band in the 70’s and more or less have been retired from the music business except for running a gospel group in my local church in Mt. Vernon, Il.  I have recently began playing again and am currently playing with Mitch Ryder and the Detroit Wheels.  We just got back from a run in North Carolina and doing a show at the Wildey Theatre in Edwardsville, IL this coming Saturday night, June 25th..  There have been over 35 musicians and singers who have worked with the Jorrells over the years and I find it rather remarkable that they are still playing after all these years, still playing some of the same songs they did when I was with them and still able to rock the house and kick butt.  Cecil Cope and Mike Wilton are the only members that I played with that are still with the group today.  Tom Hummert, bass player on the Cookin album has since passed away as has drummer, Karl Riedemann.  I regret that I didn’t keep photos of the group but have a lot of wonderful stories and memories of the “Blues Brothers” lifestyle that I somehow survived.  It is nice that someone is keeping this alive.  Thanks 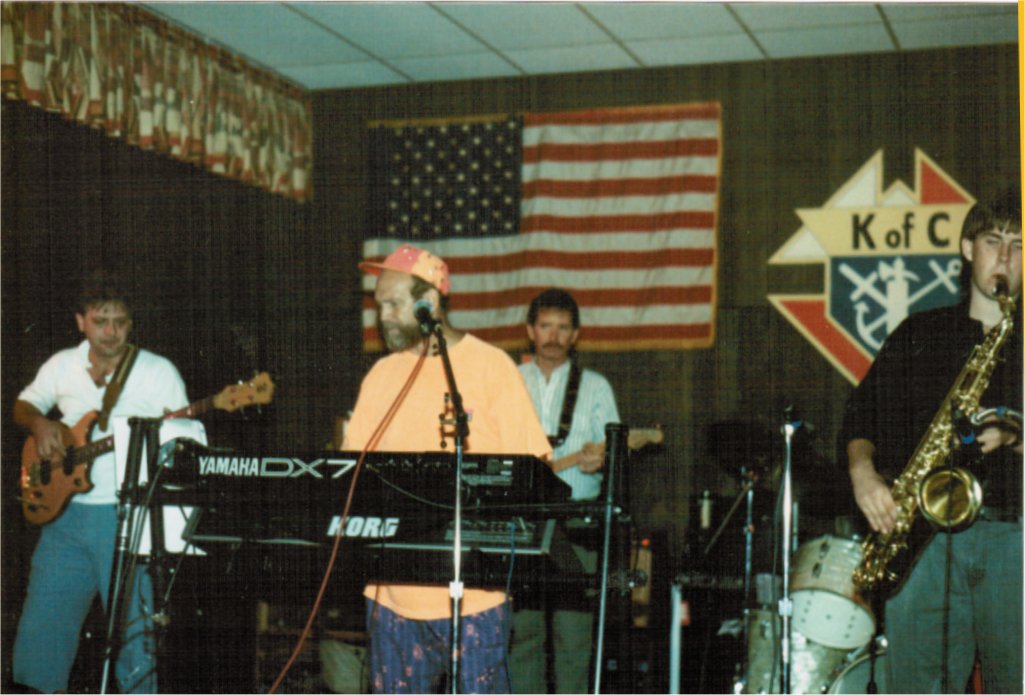 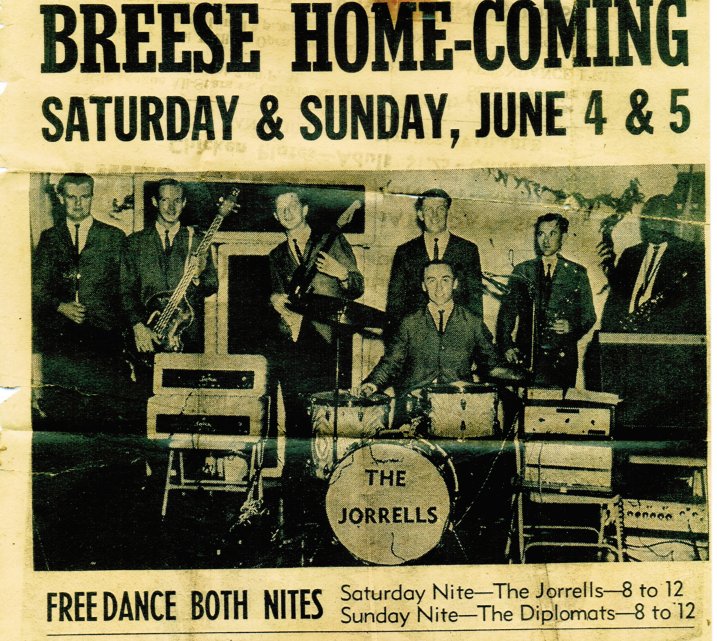