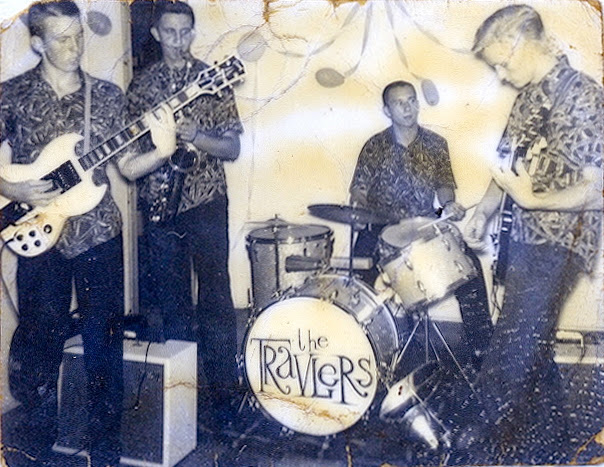 My name is Mike Mock and I was a member of the Travelers, the other members were Bob Hunt
, Hugh Mooney, and Denny Hunter.
I played rhythm guitar Hugh played lead, Denny was our drummer and Bob was our singer.
We were a high school band that played the teen town and private party scene.
I joined the service in 1963 and during that time I was in Boston where I met and played with the original Johnny and the hurricanes band in a place called Jerome's in the combat zone. I also met Joan Bias and Bob Dylan in Boston at a party, and later met Joan in New Zealand where she came aboard ship to entertain. Hugh joined the army and spent his enlistment playing in army bands he later played in Reno and returned to St Louis where he continued to play in different bands You may know more about Bobby than I, haven't seen him since I returned from Viet Nam in 1969.I believe he was playing with Kuban sometime around there. Denny hunter I spoke with in 1970 to see if he would be interested in getting together again.
That's just a little history of an unknown band that I would love to go back and do it again ....good memories 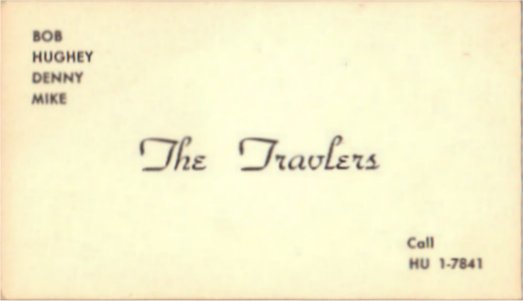